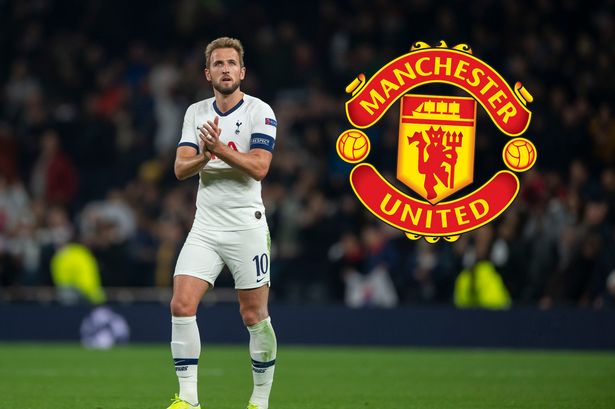 Reports have emerged of Manchester United plot for a summer transfer for Harry Kane – with the Tottenham striker out of contract at the end of next season and now National Daily learnt that the 29-yer-old has finally hinted at his future.

It is gathered that Kane has insisted that his No.1 goal is to win trophies with Spurs in his clearest hint that he might stay at Tottenham Hotspur Stadium.

The striker who equalled Jimmy Greaves’ record of 266 goals during Spurs game against London rivals Fulham on Monday night now needs just one more to become the club’s leading scorer of all time.

Meanwhile, there has still been so much uncertainty around Kane’s future as he will have just 12 months left on his contract this summer with both Manchester United and Bayern Munich keen.

But National Daily learnt that Kane may now be willing to talk about a new deal to stay at Tottenham and he made it clear that his biggest ambition is to win silverware with the club.

Kane said: “Of course, I still want to win trophies for Tottenham Hotspur. That’s been my goal since I started playing first team football with them. It hasn’t happened.

“I’ve been open about [how I feel about] that but I’ll continue to try to achieve that. We have a really good squad, a fantastic manager and there’s no reason why we still can’t be successful this season.

“We’ve just got to put everything we can into it and see where we are come May or June.We bounced back at Fulham with a good win and we’re going to need more of that if we’re going to be where we want to be at the end of the season.”

Kane is Tottenham’s leading scorer and talisman and, despite flirting with Manchester City 18 months ago, he remains a one club man who is worshipped by the fans.

It would be a massive boost if Kane commits to a new deal but the danger is that he cannot be allowed to run into the final year of his deal without signing. But Kane insisted it is still early days and no serious discussions have started, although the door is clearly open.

Kane said: “There’s not been much talk if I’m totally honest. I’m sure they’ll be conversations over the coming months but to be honest I’m just focussed on this season and doing my best for the team.

“There’s still a lot to play for, trying to get in the Champions League, we have the FA Cup and the Champions League still to try to win. My focus is on that. I know there’s going to be rumours, a lot of talk and speculation about my future but I’m just focussed on what I can do.”

Kane also revealed the players had listened to manager Antonio Conte’s demands they become more “nasty” as they ground out a 1-0 win at Fulham on Monday night to put themselves back in touching distance of the top four.

Spurs boss Conte’s future is uncertain beyond this summer but Kane says the players are focused on finishing well and he is desperate to break the record.

Kane added: “I’m not going talk about the manager’s future. That’s down to him. I’m sure he’ll have conversations with the club and assess where we are as a team.

“He’s had a lot going on, on and off the pitch, so he probably needs time to assess it all. From my point of view, I really enjoy working with him and it would be fantastic if he did stay.

“There’s still a lot of games to play in the Premier League, we have an important FA Cup game at the weekend and the Champions League starts again in February.

“In football, things can turn around really quick and all of sudden you can be right in amongst two competitions and fighting for Champions League spots, and when we looked at where we were last year and managed to get in the Champions League, anything’s possible still.

“It’s about how we build on this now, and that starts with the FA Cup at the weekend. One more to obviously break the record.”