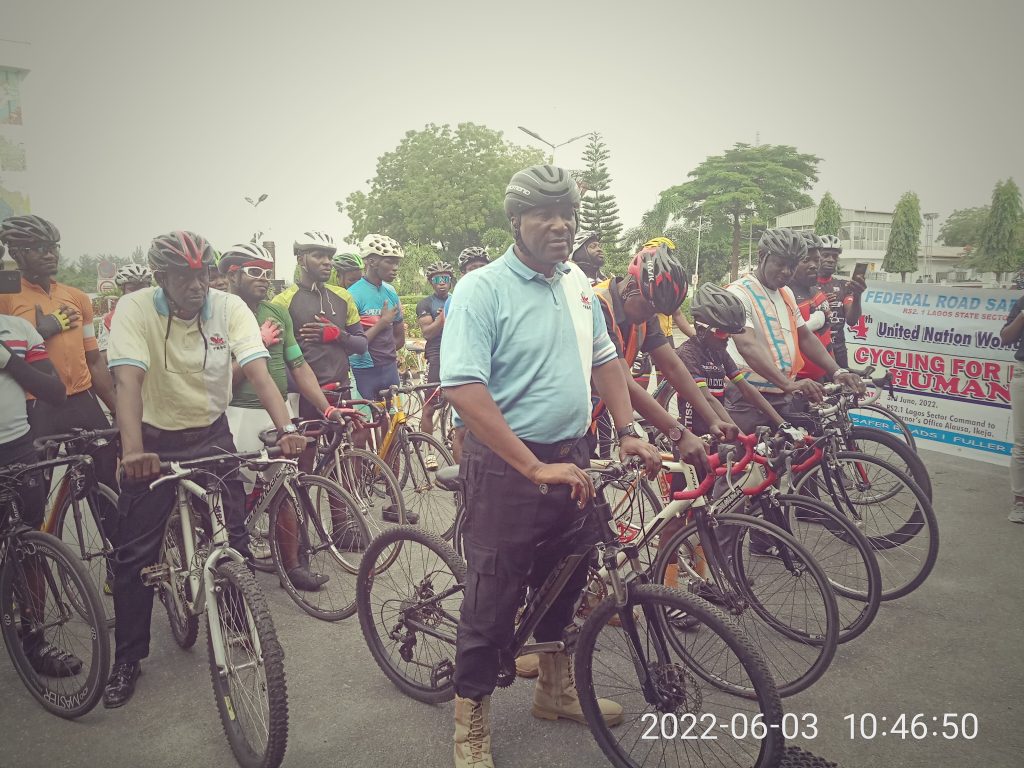 Ogungbemide gave the advice during an event to commemorate the World Bicycle Day 2022 held at Governor’s Office, Alausa Ikeja, Lagos.

It had as its theme: “Cycling for Health and Humanity”.

Ogungbemide said the world cycling day was an international directive, an outcome of the second General Assembly of the United Nation where it was decided that every June 3 should be used to commemorate world cycling day.

He said that cycling had many benefits, one being that while emission usually occurred during the usage of other means of transportation, cycling had no such implications.

“There is no negative health implications for riding bicycle, rather it builds health.

“You can see the kind of air that is being perceived with the use of vehicles all over the places on daily basis. We are dying gradually because of what we inhale.

” Our advocacy for this year is for us to adopt this means of transportation to save our health as well as give value to humanity,” Ogungbemide said.

He said that the Lagos State Governor, Mr Babajide Sanwo-Olu, had taken conscious efforts to protect pedestrians and cyclists as the government was committed to building dedicated roads for cycling in the state.

Ogungbemide said that cycling was not encouraged on the highway.

He said that cyclers were permitted to operate on hinter roads but could only cycle on the highways during tournaments as they were protected during such exercises.

On the benefits of using bicycle, the Sector Commander said it is affordable, safe as well as user and environmental friendly.

According to Ogungbemide, due to global warming, people are encouraged to use bicycles in the inner roads.

“Part of the advantage of using bicycle as a means of transportation is that it is safe to the environment, it gives life and increases life span.

” What we witnessed during the lockdown is that we are able to see people riding their bicycles around the area without paying for transportation,” he said

He said that the command commemorated the 4th edition of United Nations World Bicycle Day with the FT Cycle Club Lekki.

The News Agency of Nigeria reports that cyclists who rode from Lekki to Ikeja joined the FRSC command at the Lagos State Governor’s Office, Lagos House,  Alausa Ikeja.

Sanwo-Olu, who was represented by the Commissioner for Energy and Mineral Resources, Mr Olalere Odusote, said that  riding bicycle promotes good health and sustainable environment.

Sanwo-Olu said the Lagos State Government had keyed into the United Nations Development Goal in collaboration with Masser Awakike, private organisations and launched a pilot phase for Lagos Bike Shared Scheme with 1,000 bikes

He said that under the scheme, bicycles were made available for shared use to individuals on a short time basis  and for token fees.

Sanwo-Olu said that the state government under the Lagos State Metropolitan Area Transport Authority (LAMATA) had developed a non-motorised transport policy which would soon be incorporated into the Lagos Transport Law.

He said that the policy was aimed at developing infrastructure for pedestrian and cycling traffic in the state.

Sanwo-Olu, encouraged Lagos residents to embrace bicycle riding in  safe environments such as estates and other places where low vehicular activities take place.

He appealed to motorists to exercise caution and give due consideration to the safety of bicycle riders on the roads.

Sanwo-Olu said that as a way of encouraging cycling culture in the state, the government ensured that some  new roads

were designed with the provision of bicycle lanes.

NAN reports that Odosote was accompanied by the  Secretary to Lagos State Chief of Staff, Mrs Temitope Opeagbe and other members of Lagos House.

A Cycling Coach, Lookman Oyebola, said that the fourth edition of cycling was encouraging and pleaded with the state government to build a velodrome where cyclists could train up to  professional level.

According to him, Nigeria has been winning medals hence the need to motivate cyclers by improving roads, infrastructure and activities to encourage more participation.

Also, Miss Kate Oyewole, a participant, commended the FRSC for showcasing what they loved doing.

She appealed to the government to assist in providing them with bicycles as most persons interested in cycling could not afford them.

A 12-year-old cyclist, Ibrahim Ashiru, who rode from Lekki to Ikeja, pleaded with government to encourage cycling profession.