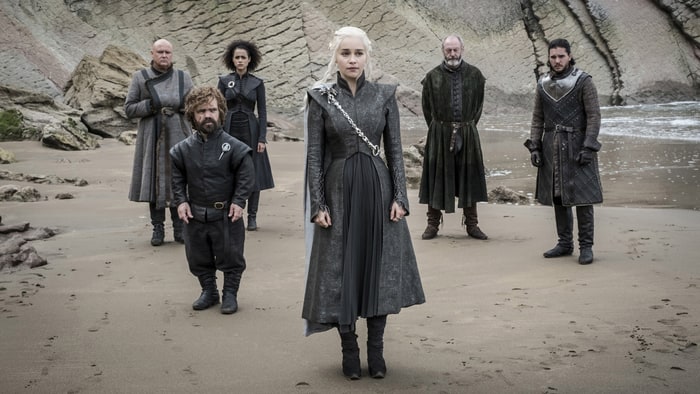 The latest episode of Game of Thrones has broken viewing records despite it being leaked online.

The hit TV show was targeted by hackers last week, with the script for Spoils of War, the fourth episode of the seventh season, leaked online.

That did not stop more than 10 million viewers in the US from tuning in on Saturday night, HBO’s best-ever live ratings.

It was a 10% increase on last week’s episode, according to Nielsen’s Live Metric.

It comes as hackers are said to be demanding around $6m (£4.6m) from HBO to prevent more confidential material being released, which reportedly includes actors’ addresses and telephone numbers.

“We successfully breached into your huge network… HBO was one of our difficult targets to deal with but we succeeded (it took about 6 months),” the video said, according to the Hollywood Reporter, which said it had also received confidential information from the hackers.

HBO issued a statement to the Reporter, saying: “HBO believed that further leaks might emerge from this cyber incident when we confirmed it last week. As we said, the forensic review is ongoing.

“While it has been reported that a number of emails have been made public, the review to date has not given us a reason to believe that our email system as a whole has been compromised.”

Share this on WhatsApp
Related Topics:Game of ThronesSpoils of War
Up Next

Wife beats husband, sends him out of his house