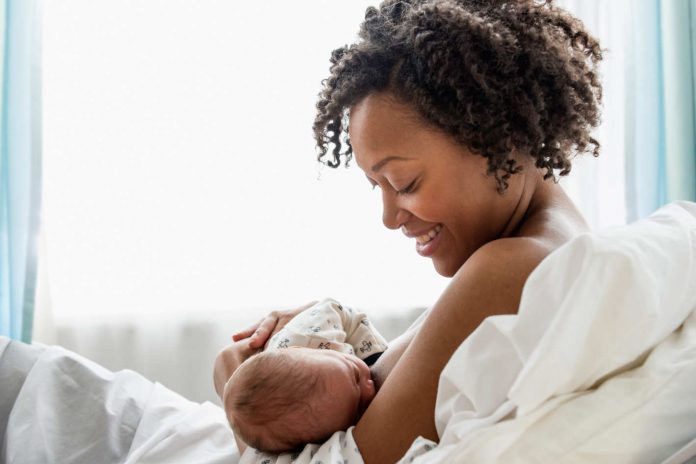 Lagos State Commissioner for Information, Steve Ayorinde, has advised fathers to allow their babies enjoy the period of Breast feeding.

He said this in a message to a Breast feeding Awareness Campaign organized by the Lagos chapter of the Nigeria Association of Women Journalists (NAWOJ) .

The commissioner, represented by Mrs. Toro Oladapo, a former NAWOJ President and Director, Public Affairs, Lagos Ministry of Information, said fathers should stop competing for Bosom s with their babies.

He stated that rather, men should encourage their wives to engage in exclusive Bosom feeding which is vital during the first six months of life.

“Nothing is natural like breast milk,” he said, noting that human milk is better for babies than animal milk.

“Thank you so much for promoting the essence of womanhood .
“The media should help ensure mothers are Bosom feeding to raise a healthy nation.

“You will all agree with me that children that are Bosom fed distinguish themselves academically,’’ he said. The commissioner said that women, in the past, used breast feeding for child-spacing and family planning, urging NAWOJ to spread the awareness.