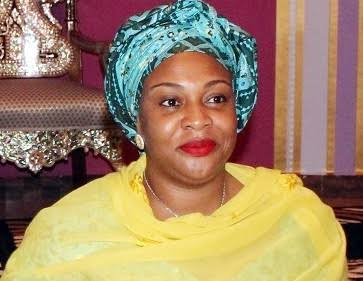 Gbemi Saraki, Minister of State for Transportation, daughter of Oloye Olusola Saraki, who developed and stabilized the Saraki dynasty, on Thursday decried the demolition of  her father’s house by the same political party government, the All Progressives Congress (APC) government, she supported to fight her bother, Dr. Bukola Saraki, and his political party, the Peoples Democratic Party (PDP), to ensure victory for the emergent government in Kwara State from the 2019 general elections. Gbemi Saraki was said to have lamented that she has been betrayed by the APC government in Kwara State.

“After fighting against my brother for you, this is all you want to pay me with, Rasaki, this is betrayal,” Gbemi was cited to have bemoaned.

She was also cited to have declared: “My family house demolition by the governor, is Kwara politics taken too far.”

The former President of the Senate, Dr. Bukola Saraki, in a statement on Thursday, commended the old women, men, youths who trooped out to resist the demolition of his father’s property by the Kwara State government. The former Senate President commended them for the love, and unalloyed support they demonstrated for his late father.
The statement reads: “Following the development this morning in Ile Arugbo, I want to commend the women and men, old and young, who displayed their affection, love and staunch support for my late father and the family. I appreciate the genuine support of the women and youths who stood firmly in the face of aggression and naked show of force.

“Your action throughout the night gave full expression to my belief that what Ile Arugbo represents to all of us is etched in our hearts. It goes beyond the physical structure.

“I am happy that you were not intimidated as you stood your ground. This day will go down as the day you reciprocated the love and affection my father and family have for you. You have displayed a gesture of goodwill and passionate love.

“We assure you that justice shall prevail in a not too distant future.