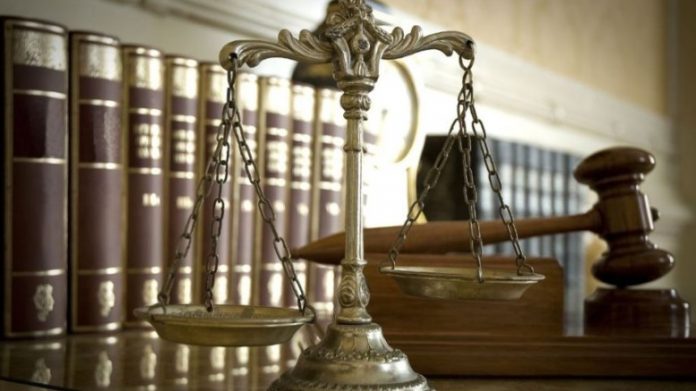 A civil society group, Human Rights Writers Association of Nigeria (HURIWA), has demanded the intervention of the regulatory institutions of the legal process in Nigeria to save the judiciary from destruction by executive lawlessness. The group argued that “unless members of the National Judicial Council (NJC); the Nigerian Bar Association (NBA) and the International Bar Association (IBA) collectively adopts constructive steps in protest against the pattern of serial disrespect of court orders by President Muhammadu Buhari and the State Security Service (SSS), the Nigerian Judiciary may collapse anytime soon as litigants may think of opting for self-help measures which may unleash chaos and anarchy on a grand scale.”

HURIWA protested the nation’s judiciary is hobbled by the internal contradictions and credibility crises of the unedifying manner and circumstances that led to the appointment  of the Chief Justice of Nigeria (CJN), Justice Tanko Muhammad, head of the Judicial arm of government, account for the widespread disregard for orders of competent courts of law by federal government officials. The group advocated that external assistance is needed to rescue the judiciary in Nigeria from implosion and collapse as a result of cocktails of self-inflicted credibility problems. HURIWA advocated that the NBA should drive the process and should seek technical help from global legal bodies.

The group acknowledged the reported threat of the Federal High Court to jail the Director General of SSS, Alhaji Yusuf Bichi, for contempt of court over SSS refusal to release Omoyele Sowore, leader of Revolution Now Movement, and Olawale Adebayo Bakare (mandate) on bail, challenging the Chief Justice of Nigeria to be courageous, grow balls enough and to order that no court of law should entertain any matter filed by the State Security Services(SSS) until the agency comes clean and obey all subsisting bail orders by releasing all illegally detained suspects.

HURIWA declared: “We in the human rights community have done extensive research on how to rescue the judiciary from imminent collapse due to executive lawlessness and we are aware that apart from contempt proceedings, a judge can set aside any act done in disobedience of court orders and judgments.

“We learnt from the scholarly writings of one of the retired but reputable jurist that this is the decision of the Supreme Court in The Attorney-General of Ekiti State v. Prince Daramola. The Court of Appeal held that the Ondo State Government appointed Warrant Chiefs in disobedience to an existing valid order of court. The defence of this allegation was that the order was not properly served on the Attorney-General. Although, the Court of Appeal condemned the disobedience, describing the act as “blatant, brazen and lawless”, the Supreme Court held that the order of intern injunction against the Ondo State Government was not properly served on the Attorney-General.”

HURIWA recalled “the Supreme Court, however, held that a court can set aside act done in disobedience of order of court. The proper approach in setting aside act done in disobedience of order is by applying to the court in the same proceedings and not by filing an entirely new suit. That was what the plaintiffs did. Ogundare, JSC, in his concurring judgment, said on page 162: “If on being made aware, by service, of the order of the Government proceeded to appoint Warrant Chiefs in disobedience of the court’s order, the plaintiffs should have moved in the case (that is HCJ/24/91) for an order setting aside the appointment of the Warrant Chiefs and whatever action the Chiefs would have taken subsequent to their appointment. Rather than take such a course of action, the plaintiffs instituted a new action.”

The group demanded that the CJN should make a pronouncement stopping the entertainments of all pending cases by the SSS  or DSS until the agency purges itself of the vexatious and serial disrespect of binding orders of courts of competent jurisdiction which has the Judicial powers of the federation in accordance with section 6 of the 1999 Constitution of the Federal Republic of Nigeria.

HURIWA recalled that a Federal High Court sitting in Abuja threatened to jail the Director-General of the Department of State Services (DSS), Yusuf Bichi, over failure to release Convener of RevolutionNow Movement, Omoyele Sowore.

HURIWA noted that Justice Ijeoma Ojukwu-led court had issued a notice of consequences of disobedience of a court order which is also known as form 48 on the DSS, before Monday’s session even as Ojukwu stated that Bichi will be found guilty of contempt of court if he refuses to comply with the court order on the release of Sowore.

HURIWA cited that the notice reads: “Take notice that unless you obey the direction contained in the order of the federal high court of Justice, Abuja made on the 6th November 2019, which ordered you to release the defendants/applicants in suit no: FHC/ABJ/CR/235/2019 forthwith, you will be guilty of contempt of court and will be liable to be committed to prison.

“A copy of the said order of court earlier served on you is hereby annexed for you on the spot reference.

“This court has been informed that even as at today, Tuesday the 12th November 2019 you are yet to comply with the lawful order of the Federal High Court by refusing to release the defendants/applicants namely: Omoyele Stephen Sowore and Olawale Adebayo Bakare (Mandate) in your custody.

“You are hereby directed to comply with the court order forthwith or you will be guilty of contempt of court.”