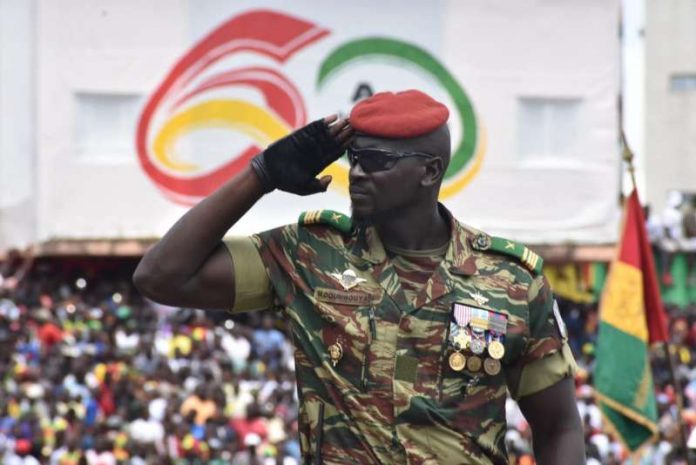 The military junta in Guinea has shunned the resolutions, threats, and sanctions of the Economic Community of West African State (ECOWAS), insisting on reorganizing the country on their own terms. The military regime declined allowing the former President, Alpha Conde, who is in detention, to go on exile.  The junta maintained that the  “the will of the people ” will prevail over the transition to civilian rule in the country.

The ruling council of the military government in a statement called to bluff all international pressures for the release of former President Conde’ as well as the prescription of a six-month timetable for elections to return the country to democracy after the coup on September 5, which was widely condemned in the international environment.

Leader of the military coup in Guinea, Colonel Mamady Doumbouya, had briefed the visiting ECOWAS delegation on the situation in the country before and after the coup.

The spokesman of the junta, Colonel Amara Camara, had at the ruling council’s first media briefing on the six-month deadline, stated that “it was important for ECOWAS to listen to the legitimate aspirations of the people of Guinea.”

The coup leader, Doumbouya, had also cautioned that the military should not be pushed into repeating the “mistakes of the past”. He disclosed that national consultations on the transition to civil rule had commenced on Tuesday. The spokesman of the junta, Camara, had declared that “only the sovereign people of Guinea will decide its destiny.”

He maintained that “It is also clear to all parties that the former president will remain in Guinea.”

Leaders of the ECOWAS delegation, President Nana Akufo-Addo of Ghana, and President Alassane Ouattara of Cote D’Ivoire, had presented the two major demands of the ECOWAS heads of government extraordinary meeting in Ghana last week, which include the release of detained President Conde and the conduct of elections within six months.

At the end of the consultative meeting, President Akufo-Addo had emphasized, “We had very frank, fraternal talks with Colonel Doumbouya and his associates and collaborators, and I think that ECOWAS and Guinea will find a way to walk together.”

The ruling council of the military government had declared Colonel Doumbouya “President of the Republic and Head of State”.

The military regime shifted consultations with banks, insurance companies and unions from Friday to Saturday, adding that the consultation will continue next week.

The regime also disclosed it will be meeting on Monday with cultural actors, press associations and those within the informal sector.

The military regime had consultation meetings with political parties, religious leaders, the heads of mining companies, and other key players in the country.

The military regime in Guinea is concentrating on the search for solutions to the internal political crisis within the country.