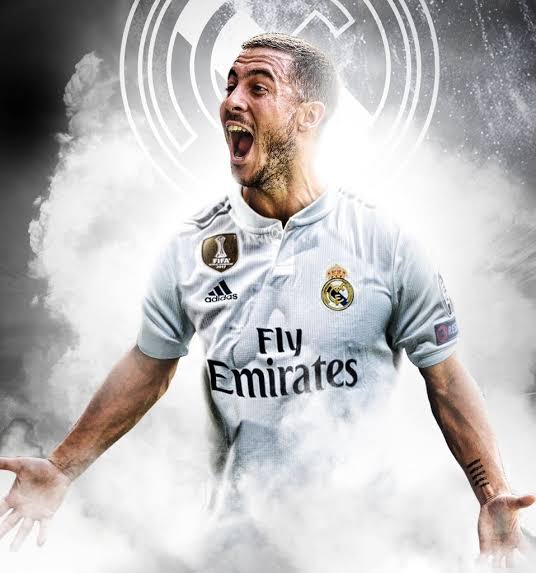 Eden Hazard is officially a Real Madrid player after the former Chelsea forward finalised his move to the Estadio Santiago Bernabeu on Friday evening.

Before ending his stay at Stamford Bridge, Hazard inspired the Blues to a Europa League final win over Arsenal, fittingly shining in his last appearance for the club with whom he has spent the previous seven years since joining from Lille in 2012.

But he would not get his number 10 shirt in Real Madrid. The shirt currently belongs to Luca Modric, who was last seasons best player of the year. Hazard will wear the Number 7 jersey.

Hazard has never hidden his desire to one day wear the white shirt. In recent seasons there have been countless cases of public flirting with the club, all the while remaining respectful to the Londoners, where he was simultaneously happy.

With his arrival, he has become the first Galactico-style signing since James Rodriguez touched down in Madrid in 2014.

The Belgian is likely to be joined by further reinforcements as well, as Los Blancos plan to spend as much as 400 million euros this summer, having already brought in Rodrygo, Eder Militao and Luka Jovic.

Hazard, 28, will arrive to play on the left or the attack, where he has shone for both club and country in recent seasons.

Prior to his big move to London, he had won Ligue 1 and a Coupe de France with Lille as they conquered a historic double in 2011.

Zinedine Zidane’s presence on the bench played no small part in his desire to move to Madrid, with the Belgian being a long-term admirer of the French coach, and Los Blancos’ coach having similar feelings of positivity towards the forward.

“Hazard is a star of the future,” Zidane said of the player in 2010 to MARCA.

Now, nine years on, the two will finally work together.