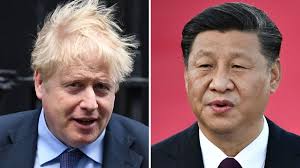 China has been indicted in a report of an investigation on the global economic impact of coronavirus pandemic. The Report of the investigation coordinated by Henry Jackson Society, a British foreign policy think-tank, pointed out that Chinese wrong information on coronavirus outbreak throughout January hindered Britain’s policy makers from making rational decisions that would have prevented the spread of the virus in the country, like other countries of the world. The Henry Jackson Society Report concluded that “there is evidence that China directly breached international healthcare treaty responsibilities.”

The ways China misled Britain in January are highlighted below as outlined in the Henry Jackson Society report:

January 13: First official Whitehall response to COVID 19 – a meeting of the New and Emerging Respiratory Virus Threats Advisory Group (NERVTAG); WHO reports, based on Chinese data, claim no evidence of medics contracting the disease, only 41 cases and no ‘significant’ human-to-human transmission. All of this was untrue. But NERVTAG concludes ‘based on current available information’ that ‘risk to the UK population is considered: Very Low’ and does not recommend shutting borders.

January 21: WHO decides it is not possible to say if the disease came from animals and had ‘some’ human-to-human transmission or had ‘self-sustaining human transmission’. The latter is true and – by this stage – well known in China. NERVTAG moves threat to ‘low’ but notes that it was concluded by the WHO that the ‘currently available data’ did not make it possible to distinguish between the two scenarios.

January 28: NERVTAG recognises, based on a WHO Emergency Committee meeting of January 22, that human-to-human transmission is occurring and says that in a ‘large amount of the data’ from China, provincial information is not given.

January 30: NERVTAG warns that ‘China may not be diagnosing milder cases’. The following day coronavirus reaches the UK.