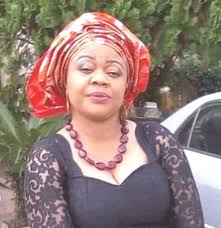 The kidnapped spokesperson of the Edo State Command of the Nigeria Immigration Service (NIS), Mrs. Bridget Esene, says she was sold to suspected herdsmen by her abductors.

Mrs. Esene, who was set free on Tuesday, was kidnapped last Sunday by five armed men who trailed her to her church at Ikhueniro, a suburb community in Benin City, the state capital.

A source close to the Edo police command quoted Mrs. Esene saying that upon sighting them, she attempted to escape but was intercepted at gunpoint by the hoodlums.

“I was forced into the car and driven out of the church premises by the five gunmen who later sold me to another set of kidnappers who are suspected herdsmen.

“The armed men later took me into the forest and some other hardened kidnappers were on ground to receive me. I was later sold to another set of gunmen who then took her deeper into the forest. l saw hell and l don’t wish my enemy such,” allegedly said.

The State Police Command PRO, SP Chidi Nwabuzor, confirmed the release of Mrs. Esene, but declined to comment on whether ransom was paid or not.

There were conflicting reports on how Mrs. Esene was released.

While a source alleged that police operatives and local vigilante operatives rescued her from her abductors, a family source who declined to disclose his identity, however disclosed that ransom was paid to secure her freedom.

He was however silent on the amount paid to secure her release.

According to the source, “We were very discreet about how we went about securing her freedom because of the publicity generated by her abduction.

“Yes, we had to pay to get her released but the amount is not what I can say publicly for security reasons. She was released to us this afternoon, at about 4pm,” he concluded.