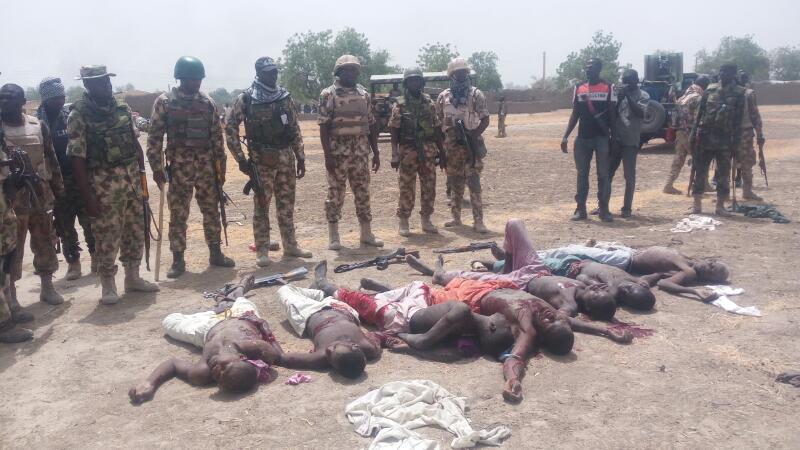 It was a huge harvest of death for the Boko Haram terrorists on Monday as the Nigerian military launched a fierce attack on their hideout in Jarawa in Borno state and killed 21 insurgents.

National Daily gathered from military source that troops of 3 Battalion, 22 Brigade Nigerian Army on Operation LAFIYA DOLE, responded to an information and decimated the terrorists before rescuing 1,623 residents.

The troops were said to have been assisted by 10 Civilian JTF based on information received, and embarked on an offensive of suspected location of Boko Haram terrorists at Jarawa general area, Kala Balge Local Government Area of Borno State.

ALSO SEE: The world at the risk of first nuclear war

It was further gathered that while the troops were advancing, they came under heavy attack from the Boko Haram insurgents at Jarawa village. 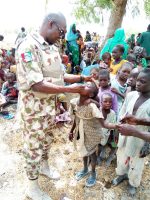 A ferocious fire response from the military led to the killing of over a dozen of them and went further to clear Deima, Artano, Saduguma, Duve, Bardo, Kala, Bok, Msherde and Ahirde settlements.

During the operation, the troops rescued 1,623 residents of Jarawa who were held captives by the terrorists.

The many lies of Nigerian Army