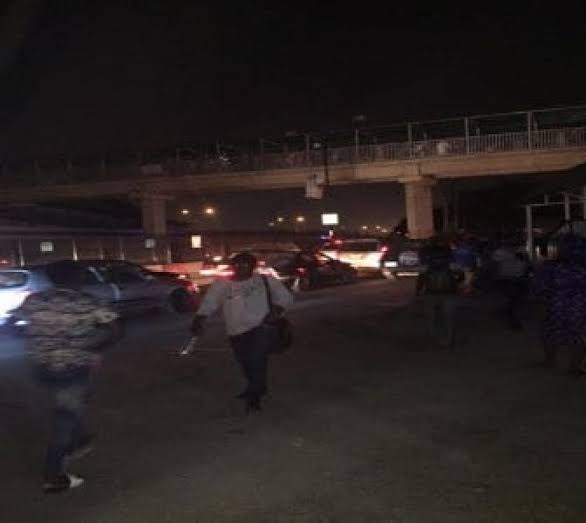 The notorious street crimes like bag and phone snatching and pickpockets which had disappeared from the roads of Lagos State had resurfaced since the streetlights have stopped functioning on major roads. Apparently, the failure of the streetlights to function has created black spots which provide haven for the criminals to resume harassing and robbing Lagosians on the several roads in the state. The situation is being exacerbated by the perennial traffic congestion in several parts of the state.

A woman was robbed of her phone while in taxi from Agege to Ishaga, along Iju Road, penultimate week. The robber riding on motorcycle, Okada, targeted the woman who was browsing on her phone, with a rider on standby on the opposite traffic, the thief went to the stationery car, snatched the phone off the woman who sat by the door side, and ran to the standby Okada rider, who sped off immediately. While the thief was running to the Okada, he brought out a cutlas which he hid in the front side of his trouser and was brandishing the cutlas as he jumped on the Okada which went off immediately.

In Agege axis, including Ogba, the street thieves hastily snatches phones in chest pockets of people and run away. The stealing process is so planned that the colleagues of the street robber are the ones chasing the thief so as to shield him while he flees. The same occurs at Oshodi and its environs.

Meanwhile, there has been noticeable traces of declining governance in Lagos State in the contemporary dispensation. Streetlights in several locations in the state have been non-functional in the past one year. Those locations become scenes of darkness at night falls, leaving road users on those corridors at the mercy of street robbers.

The administrations of former Governors Babatunde Fashola and Akinwunmi Ambode were profound for the huge investment into reviving the night commerce towards improving economic growth in the State. They identified major roads, highways, and busy locations for illumination. Governor Ambode improved on what his predecessor left behind. It would appear that over 20 months after assuming office, Governor Babajide Sanwo-Olu than improving on what was bequeathed to him, undermined the street lightening project, returning significant locations to darkness, which precipitated the reviving of roadside and street robbery in the state.

It was gathered that the Commissioner for Energy and Mineral Resources, Engr. Olalere Odusote, had acknowledged the street light problem in the state, promising that the state government is paying attention to it.

The Commissioner had disclosed that Governor Babajide Sanwo-Olu would be replacing streetlights with smart LED lighting towards implementing the Streetlight Retrofit Project in Lagos State.

it was highlighted that LEDCo Limited is a Private Limited Liability Company incorporated under the Laws of the Federal Republic of Nigeria, formed by Low Energy Designs, UK, a leading Smart LED lights manufacturing and installation company with over 12 years of experience as a pioneer manufacturer of LED lighting in Europe and extensive LED engineering experience in the delivery of LED lighting across the world.

The Commissioner was cited to have highlighted: “One of the features of the LED lighting system is the use of significantly lower energy to produce the same amount of luminosity. In the pilot phase of the project, it was determined that LED lighting resulted in a reduction of up to 60% of the operations and maintenance costs of streetlight infrastructure.”

Odusote had further explained that a smart LED streetlight system is one of the enabling technologies for a Smart City, expressing that the intelligent nature of this street lighting system enables remote management of streetlight assets and ensures enhanced performance management.

Odusote acknowledged that utilisation of smart and energy-efficient streetlights is vital for better government service delivery in ensuring security of lives and property of Lagosian, including reduction in Co2 emissions from reduced energy consumption of energy-efficient luminaires; also improving socio-economic activities in the State by enabling a functional 24-hour economy.

“Full implementation of the Streetlight Retrofit Project is expected to span six months with an estimated project completion timeline of June 2021. The project will be implemented under the close supervision and management of the Ministry of Energy & Mineral Resources, through the Lagos State Electricity Board,” the Commissioner was cited to have said. 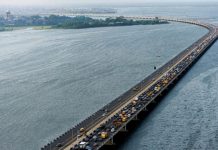