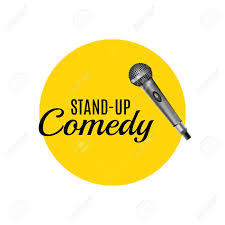 There are so many wealthy scenes in Nollywood movies. A lot of them to be candid. People tend to wonder how many of these celebrities actually have the wealth and money they display while acting. How much do these Nollywood celebrities earn? This is a question most people ask and eager to know. Well, in this article you will discover the highest paid Nollywood celebrity.
The highest-paid Nollywood celebrity is a comedian; Ayo Richard Makun also known as AY the comedian. AY has popularly called was born into a family of seven on August 19, 1971. Though he is from Ondo state, he was born and raised in Delta State. Ayo has a first degree in Theatre Art from Delta State University, ABRAKA also known as DELSU. While AY was a student on campus, he was down to earth and he participated in several activities, this made way for his nominations and awards that include Best Showbiz Promoter (2001) and Most Celebrated Theatre Arts Student (2003).
A.Y turning out to be a comedian was rather expected. Since his undergraduate days, he has always been into showbiz. He hosted and launched shows like Miss DELSU, Miss Delta to mention but a few. Heaven smiled on him when he met Alibaba a renowned comedian who later mentored him in one of his shows. A.Y kickstarted his comedy career by being a P.A (Personal Assistant) and event manager to Ali Baba. His role with Ali Baba opened his eyes to what people wanted and were part of the lessons that turned him into a professional comedian. 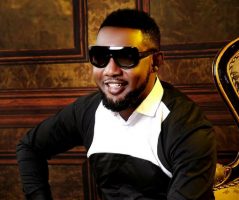 Ayo started his performance at Ali Baba’s Fan Club show at VGC (Victoria Garden City). He came into limelight after performing at a comedy show Opa Williams hosted in 2006. Since then, the sky has been his starting point; he has been reaching for the stars!
AY a man of many talents delved into acting and movie production. The first movie he produced, 30 Days in Atlanta broke Nigeria’s box office record as the highest domestic grossing film in 2015. Not only that, the record was documented in Guinness Book of World Records. The movie featured A-List Nollywood celebrities like Richard MofeDamijo, Ramsey Noah and Mercy Johnson. He has also produced three other movies which are A trip to Jamaica, 10 Days in Sun City, and The Merry man. Apart from the movies he produced, he has also featured in other movies like Being Mrs. Elliot, The Lodgers, and the award-winning – the Wedding Party,
Ayo Makun is the CEO of Corporate World Entertainment (CWE), an organization saddled with the goal of organizing live concerts and events, and also providing radio and Television stations with the right contents they need. CWE is responsible for the annual AY Live concert, produces the AY Live VCD’s, AY’s crib and AY’s Open Mic Challenge.
Ayo Makun got married to Mabel, CEO of Maidas interior in 2008. The union has produced the beautiful Mitchelle.
PV: 0 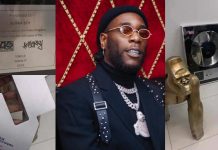 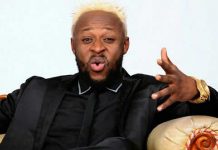