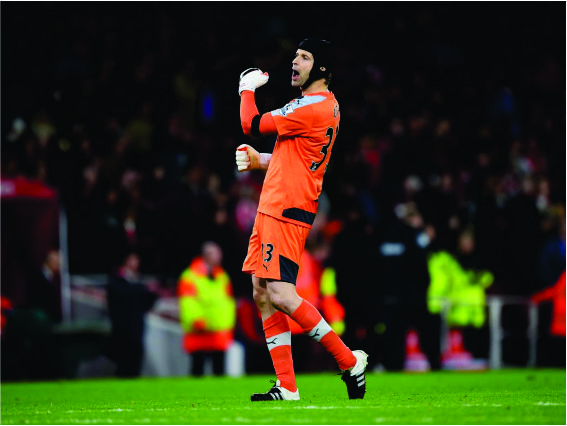 Petr Cech has insisted he only joined Arsenal from Chelsea in the summer because he believed they were capable of winning the Premier League.

The 33-year-old, who broke David James’ record for most clean sheets in the division, left the Blues for the Gunners in the summer after 10 trophy-laden years at Stamford Bridge.

Cech kept his 170th clean sheet in just his 352nd game against Bournemouth on Monday, taking 220 fewer games than James managed to reach the milestone.

His rate of keeping a clean sheet in almost every other game (48 per cent of matches) is also better than any goalkeeper to play in the Premier League.

The Czech Republic captain, who will lead his nation at Euro 2016 next summer, says he only joined the north London club because they have a chance at winning.

“It was not an easy decision but I always wanted to go to a team which could win,” he told the Daily Mirror.

“If I didn’t believe that I was going to a team which could win then I don’t know why I would come.

“I play football, not to only enjoy it and I love the challenge of playing and competing with the best players, but I want to have the chance to win games.

Share this on WhatsApp
Related Topics:ARSENALChelseaEPLPetr Cech
Up Next