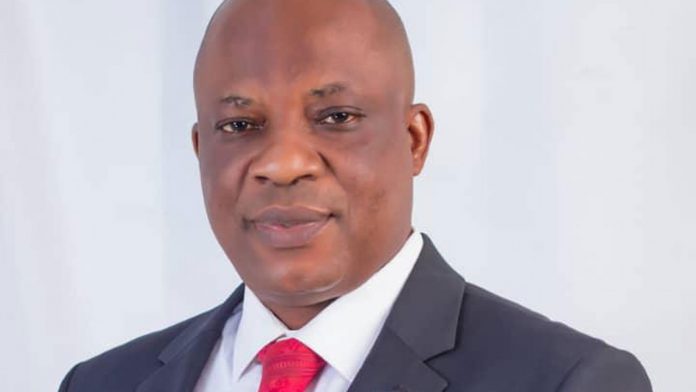 President of the Institute of Chartered Secretaries and Administrators of Nigeria (ICSAN), Taiwo Owokalade has described the controversies surrounding the Value Added Tax collectionbetween some States and the federal government as unnecessary.

Speaking at a media briefing on Thursday, Owokalade insisted that the Federal High Court has said within the states, any consumption tax is a tax for the states to collect, and therefore, there shouldn’t be any bickering on that.

He stated that the issue didn’t just have to do with the Rivers state government, “Lagos state some years back also got a court judgment to that effect but didn’t follow it up until recently when Rivers state got a similar judgment.

According to him, the FIRS going to the National Assembly to seek more powers over the issue is an effort in futility.

“True Lagos and Rivers account for over 70 percent of the VAT collected in the country. Let other states also look inward to build their tax bases. Lagos is what it is today because successive administrations in the state developed its human capital. Other states can replicate that.

“If your strength is in agriculture like some states in the north, develop that aspect, and if it’s natural resources endowment, develop it well to position your citizens. Everybody is coming to Lagos because of the development here, who says Ekiti, Niger, or Kogi cannot do the same?

“This idea of depending on federal allocation for survival by federating states will only encourage laziness. Let every State develop its potential,” he added.

The ICSAN boss also commended the President Muhammadu Buhari- led administration for having the will power to sign the Petroleum Industry Bill into law after many years of neglect by successive governments.

He said the PIA is a welcome development as it would help give direction to the country’s oil industry, giving room for accountability and sustainable growth.

“We know there are grey areas, but the fact that it has eventually been signed into law is a plus for the country and the industry itself. We need to start creating narratives around sustainability and good corporate governance in the NNPC and the petroleum sector as a whole,” he added.

Earlier in her remark, Vice President of ICSAN, Mrs. Funmi Ekundayo explained that that the Institute has been advocating for good corporate governance in the country, noting that the issue would also be discussed at the 45th annual conference and dinner of ICSAN scheduled for Thursday 16th and Friday 17th 2021 at MUSON Centre Lagos.

Speaking on the theme of this year’s conference, “African Continental Free Trade Area (AfCFTA) and National Development: Issues, challenges and opportunities” Mrs. Ekundayo said seasoned experts like Prof. Akin Oyebode (SAN), Professor of International Law and Jurisprudence; former governor of Ekiti state and minister of Industry, Trade and Investment, among many others will be at the conference to discuss issues.

EKudayo also revealed that the Lagos state governor, Babajide Sanwo-Olu would be honoured with the Institute’s Corporate Governance Award for his immense contribution to sustainable development and good corporate governance in the state.