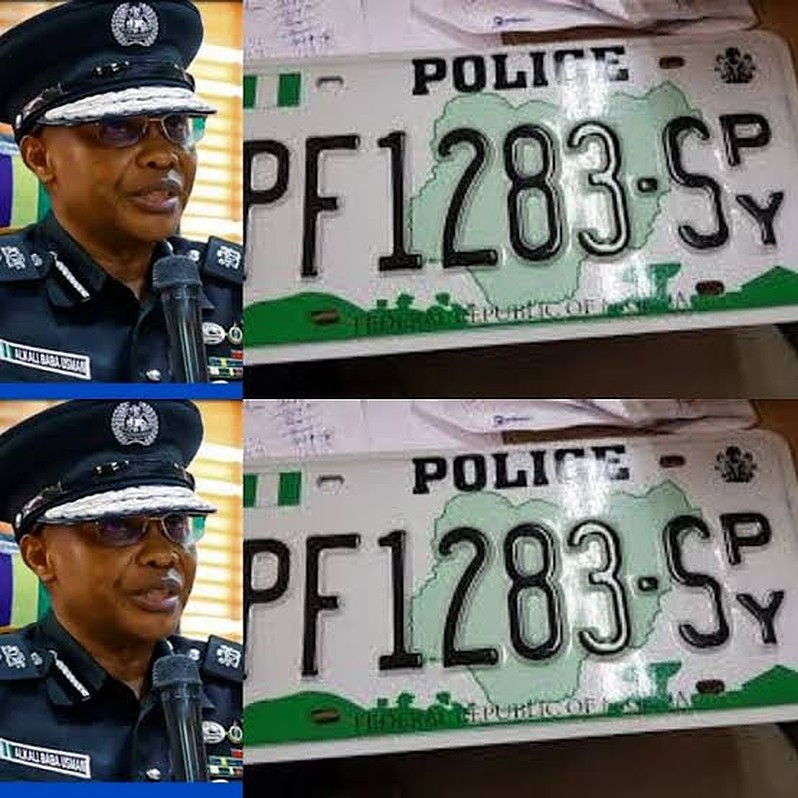 This is contained in a statement by the Corps Public Education Officer (CPEO) Assistant Corps Marshal (ACM), Bisi Kazeem on Wednesday in Abuja.

The News Agency of Nigeria reports that the IGP ordered a total ban on all use of Police SPY Vehicle Number Plates by vehicle owners across the states of the federation without exception.

The order is necessary to forestall the continuous disregard for traffic rules and regulations and other extant laws guiding road use by individuals hiding under the privileges of SPY police number plates
Oyeyemi however, directed Commanding Officers of the Corps across the nation to join hands with the Police Force to enforce the order.

He said that the commendation became necessary under the order on the total ban of SPY number plates and immediate reversal to the originally registered number plates issued by the IGP.

The Corps Marshal also directed Commanding Officers to ensure that no stone was left unturned in the enforcement of the very order.

According to him, road users who also parade faded number plates should endeavor to replace them with new ones to avoid impounding their vehicles.
Oyeyemi ordered full force and immediate impoundment of private vehicles that were using commercial number plates.

He reiterated the implications of the continued use of faded and other unauthorized vehicle number plates to national security.

“The use of the SPY and other unauthorized number plates to continually violate traffic rules and regulations must be brought to a halt.

“Hence the directive given to Commanding Officers to brace up and ensure that they give adequate priority to the enforcement,” he said.

Share this on WhatsApp
Related Topics:approvesBanFRSCIGPSPY number plate
Up Next

Super Falcons to take on U.S. in friendlies in September