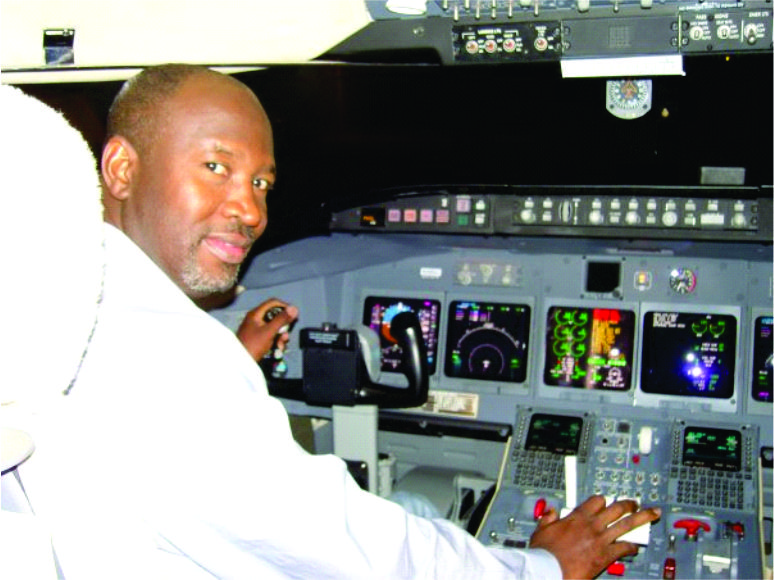 …as FG reviews waivers and bailouts to airlines

The Nigeria’s aviation industry has been struggling with managerial incompetence, leaving loose ends for revenue leakages and impropriety to flourish. This has been a snag to the progress of the industry and the Federal Government is determined to overturn the situation by, first, improving on the training facilities in the country and incorporating management courses with a view to produce best managers for the industry soon.

The Honorable Minister of State on Aviation, Hadi Sirika, disclosed this at a briefing in Lagos, shortly after the familiarization tour on the Murtala Muhammed Airport facility.

The minister said capacity building in aviation will be another key area of watch, next to safety and security, in line with the “change” agenda of Muhammadu Buhari’s administration. To achieve the desired feat, Sirika disclosed that he had approached the International Civil Aviation Organization (ICAO) to designate the Nigerian College of Aviation Technology (NCAT) Zaria as a centre of excellence where management courses will be introduced to train and retrain staff on the aviation working chain.

“Another area that will be under watch is capacity building through training and retraining of staff and aviators. People are already saying that a professional is in aviation now and there will be a huge difference. During my training at the Nigerian College of Aviation Technology, Zaria, I discovered that the training facility does not have management courses to turnout good managers in aviation. So since I resumed as minister of aviation, I have been consulting with the International Civil Aviation Organization (ICAO) to turn Zaria into a centre of excellence and also create a University of Aviation,” Sirika said.

He emphasized that there was need for such facilities to be improved owing to the fact that aviation is a global phenomenon but many countries were ahead of Nigeria in aviation practices and management. He insisted that the training facilities, when improved to world standard, will help both the agencies and the airlines to save money they use to send their staff overseas for training.

Sirika, together with the Minister of Transport, Rotimi Amaechi, said that “safety and security are non-negotiable” in the industry henceforth. They mandated the Federal Airports Authority of Nigeria (FAAN) and other agencies to resist “commercial pressure that will jeopardize safety from any company, adding that if any organization refuses to work within the ambit of Nigeria Civil Aviation regulations and ICAO, it will face the wrath of the law.”

While insisting that there was need to encourage more private participation in the Aviation sector, he said part of the new plans is to look at what can be privatized or given to concessionaires to ease government of burden.

On encouraging growth of the airlines through funding, Sirika said funding wasn’t the only problem of the airlines but getting quick access to grants and bailouts the government has been providing. According to him, the aviation policy was under review to checkmate those challenges.

“I think the civil aviation policy is being reviewed, which will unblock those blocks that are slowing down access to those funds and hampering growth. It will also enhance the kind of measures we envisage because when you give criteria for setting up an airline, it will be automatic and some of them cannot survive it. They will have to look at ways to merge and become stronger,” he said.

He said the aviation intervention funds were wrongly issued in that they were given to banks; those that loaned out money to the airlines. “And then we all can remember that a single individual took about N32 billion and ran away with it. He went to Ghana and Dubai and bought properties there. We did investigation about that when I was in the senate. We rose alarm and shouted on top of our voices but the impunity of that moment made sure that nothing was done to that individual and he is still very much around. So I think if serious minded people were at the helm of affairs, that wouldn’t have happened,” Sirika added.

To check the situation, the two minsters informed that government was reviewing policy on bailouts and all waivers, observing that unscrupulous individuals were taking advantage of the bailouts and waivers to corrupt the system.

In the words of Amaechi: “Airlines may have to wait till the outcome of the review of all waivers granted in recent past. The review became necessary because they were abused,” he added.

Amaechi also vowed that the government will not spare any debtor in its effort to recover debts owed to agencies by airlines, concessionaires and ground handlers. He said as long as the airlines were still in business, they would made to clear all their debts forthwith.

“There will be no sacred cow in recovering debt owed to government, there is nothing like bad debt, I believe they were offered services and passengers pay for flights, all would be recovered,” he said.

To actualize an uncompromised safety and security in the industry, Amaechi revealed that the new terminals in Lagos, Abuja, Kano and Port-Harcourt, will be completed by December 2016. And anything that would pose a security or safety threat at the nation’s airports will be well taken care of, adding that even if the money is not available to deal with such, it will be borrowed.

“We are saying that you should hold us accountable to our words. Those terminals will be delivered as promised. We will not also toy with anything that will jeopardize safety. We will look for money to get safety and security in force,” he said.

Also speaking, Hadi Sirika, Minister of State for Aviation,  said government is currently studying the report of the committee on national carrier, expressing belief that if such is established, several jobs would be created, apart from training and access to maintenance facilities. 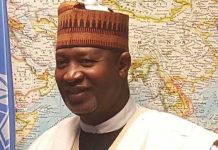