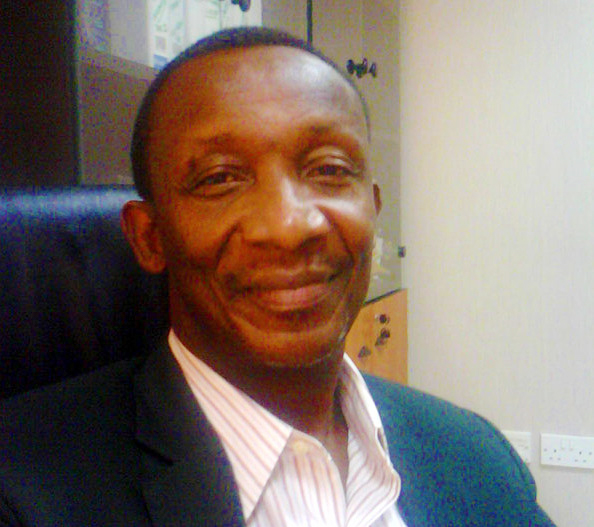 Rising to the post of Director of Public Prosecutions in 1996 and appointed as state Solicitor-General and Permanent Secretary in the Ministry of Justice, Arthur-Worrey, is one of the hardest working DPPs Lagos state has ever had, in this interview with National Daily, he bears his mind on the misgivings in the just concluded presidential and national assembly elections, Odunewu Segun reports.

Many see the elections as not being free and fair, and have even called for cancellation of the results. What is your take on this?

Arthur-Worrey: I don’t want to get in the opposition way, am not interested in that. I want to take the view of the voters because the most important person in democracy is the voter. Democracy is government of the people by the people. So the first question we have to raise is why we are consistently unable to conduct an efficient poll particularly in terms of logistics and collation etc…

Now I would venture to propose that many voters gave up after a long wait. My first prime notice is that INEC have to work very hard, review its structure to ensure that the next election kicks off on time because the first principle of anything plan is time, punctuality, schedule, that’s the first principle.

Recall that US state department noted that delay in the poll disenfranchised many Nigerians, yet some people are saying the election was free and fair when over 50 per cent of the total registered voters never voted.

In other words, you’re saying INEC didn’t plan well for the elections?

I’m saying Nigerians and by extension INEC, are too indulgent of excuses for not doing things. INEC has to change its whole philosophy. INEC is using an administrative philosophy rather than the managerial philosophy, and there are two elements of their conduct of election. One is the administrative where they are exercising the powers that thy have to conduct poll and announce results and the other end is managerial.

They don’t seem to have understood the distinction between the two. So the question now is would logistical failure affect the outcome of the election? Yes, I would say they do and that was something the US state department noted that delay in the poll disenfranchise many Nigerians.

Shouldn’t Nigerians who have the power through their votes to make a difference, also share from these blames?

I think people need to see a kind of spirit of seriousness in our officials, commitment that would give them the sense that they are the primary beneficiary of the election.

Am not talking about all other benefit but the primary benefit of an efficient democratic voting system to the people. Now, I know that sometimes, inefficiency is profitable to some people, I for instance wonder why an institution of government will rely on the NURTW as their primary logistic partner with the boxes.

We need to start prosecuting people found guilty of electoral offences.       I remembered 2011, the Kano, Kaduna killings and everything, nobody was ever identified, even though there were photographs and videos showing people being attacked but nothing was done.

Not until when we start applying the law without favor, we shall continue to go in circle.

Some Nigerians are of the opinion that Nigeria’s electoral process is too expensive considering the lean finances of the country.

Yes, some people have asked that question, and I have tried to answer them in my little understanding. We have so many fake people that are just sitting there and drawing salary for doing nothing.

The only duty they perform in between is the continued registration of voters which can be done at local governments. In America, you don’t have an electoral commission nor in England. It’s the council officials and the council officials that conduct the election because they open 9 and close 4pm throughout the day.

If somebody argue that they need certain period to prepare then the result should be justified. So for me I don’t want to get into the politics, but I’m saying that delay undermines the integrity of election, results process and we need to build on that.

President Buhari in his acceptance speech listed a 5-point agenda which he intends to implement in his second term. Considering the fact that he gave similar promises in 2015, do you see any prospects in this new promise?

He can make all the promises, they are just goodwill driven, and not reality driven. There are fundamental changes to be made in the process of governance, the whole process governance. How many agencies, parastatals do we have, what’s their role? We need to reverse, re-engineer the system.

Nigerian has a strange culture of imposing conditions that don’t exist anywhere in the world. If you don’t have anybody to help you in there, you are nowhere.

The political solution is to shake up the system. We’ve gone into all manners of circles to reform. I don’t believe in special program, I don’t like them. Let me give you an example: let’s look at power supply, it is the responsibility of minster of power but Obasanjo in his wisdom created NIPP which is a non-certified, accountable entity.

You can reform within but I don’t like this parallel bodies that we create that you can’t hold accountable, it’s more like bureaucracy where government can hide.

Going back to the five promises, well he delivered to a degree, but far from what people would have expected based on his antecedent. But of course we have to acknowledge one thing, it’s not a military regime.

In few months’ time, precisely May 29th, it will be 20 years of democracy in Nigeria. Looking back, in your opinion, is Nigeria any better?

It’s really beneficial in terms of moving forward in democracy, many people see it as freedom forgetting the obligation and so on…it’s difficult to make progress in a country whose citizen default instructions break the law.

Okada will ride against traffic, that’s one of the default. People will throw their garbage on the road, and that’s the sort of default. It’s not new.

Remember at one time, the government policy for soldiers to wipe erring drivers who parked wrongly. Nigeria has always been indicated as a country with unruly people. To me when the people are satisfied, the leaders will truly be chosen by us.
Share this on WhatsApp 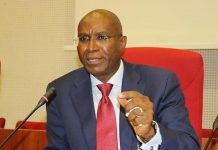 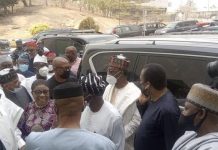