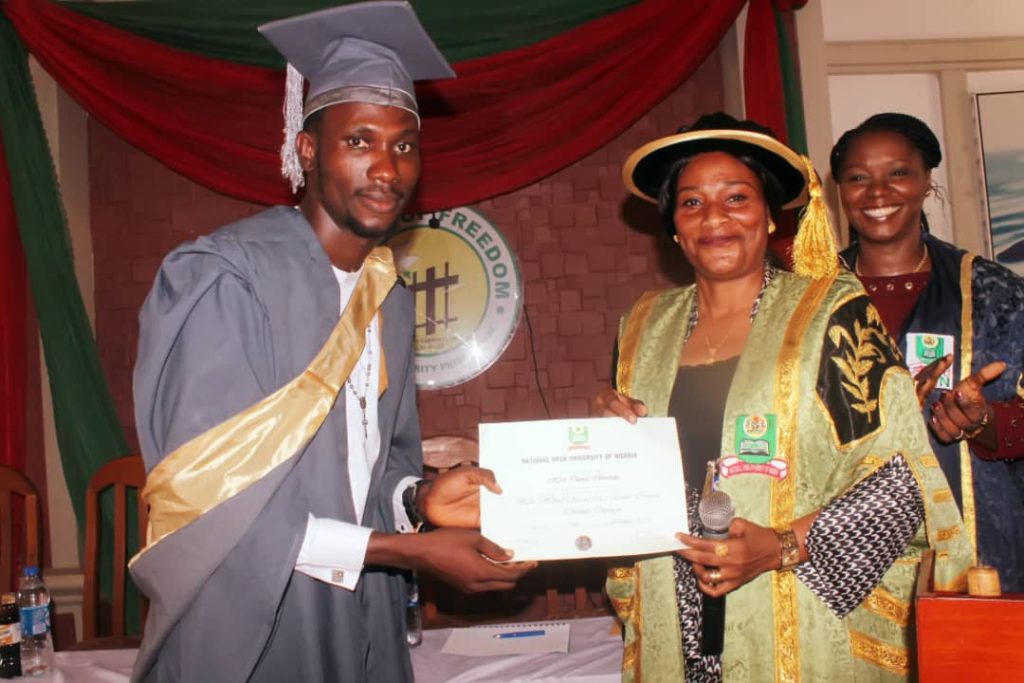 An inmate of the Nigerian Correctional Service (NCoS) in Kuje Custodial Centre, Mr Chinwendu Heart, graduated with a Second Class Upper degree in Theological Studies from the National Open University of Nigeria (NOUN).

This is contained in a statement issued by Public Relations Officer, (PRO) FCT command, Mr Chukwuedo Humphrey said this in a statement on Wednesday in Abuja.

Humphrey quoted the Librarian, NOUN, Dr Angela Okpala who presented the certificate on Tuesday as encouraging the graduate to be good ambassador of the university as well as the correctional service.

Speaking, Mr Ibrahim Shehu, officer in charge of Kuje Custodial Centre said that the inmate has shown an exemplary character over time.

“The inmate have always been diligent with his studies and also lived an exemplary life in custody, ” he said.

Shehu enjoined other inmates to cease the opportunity of the free education from the NOUN and improved themselves adding that education was the bedrock of human development.

The graduand, Heart expressed happiness saying that he had come into the Kuje Custodial centre without a secondary school certificate.

Heart said that with the encouragement of the staff, he had now got a University degree and that he hoped to utilise the offer of the NOUN and study to get a PhD.

He further encouraged other inmates to engage themselves in these regimes of reform in the Custodial centre instead to being idle and giving in to social vices.

Share this on WhatsApp
Related Topics:InmateNOUNSecond Class Upper degree
Up Next