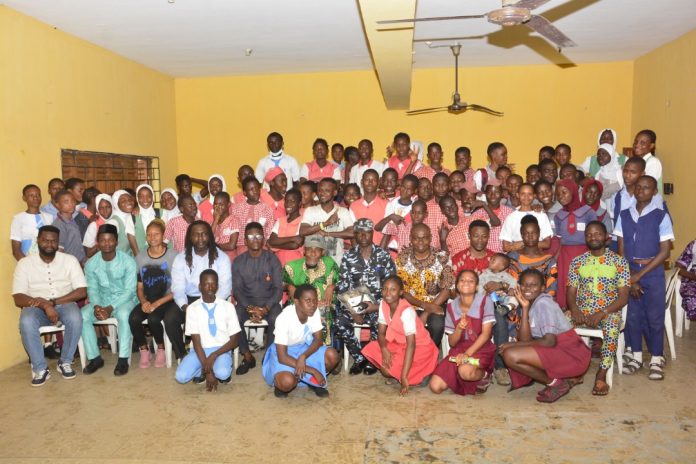 Share this on WhatsApp
Spread the love
Commemorating the World International Day Against Drug Abuse and Illicit Trafficking celebrated  annually every June 26, stakeholders leading the campaign against  drug and substance abuse have resorted to  the creative content industry, as a tool to stem the attendant trend of social vices in the country, especially amongst Nigerian youths.
This forms the thrust of  discussion at a forum organised by a group- Global Advocacy Against Drug Abuse,Crime and Trafficking (GAADACT) theme: “Addressing drug challenges in health and humanitarian crises. What can you do?” in partnership with the Nigeria Drug Law Enforcement Agency (NDLEA),Nigerian Police Force (NPF), Ministry of Education, Red Cross and other stakeholders. 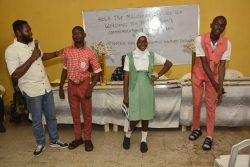 In its bid to frontally address the ugly trend, the group hosted the representatives of students and teachers in Education District V of Lagos State in Ajeromi Ifelodun Local Government Area of Lagos State.
Leading basic thought at the gathering one of GAADACT’s Directors Comrade Babatunde Ifenuga maintained that the group is poised to contribute significantly to the fight against drug abuse across the globe.
Disclosing their resolve to strategically explore and use creative industry to boost the sensitization campaign.
Ifenuga said that: “It is time to use creative industry positively to sensitize our people. There are many junks out there. Many creative contents in songs, movies, comedies and the likes, edify and promote drug abuse and crime. 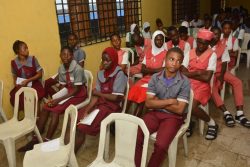 “We want to change the narrative and we are intentional about this. GAADACT is bringing innovations to the campaign against drug abuse and illicit trafficking.
“We will be promoting creative contents that will teach the young ones values, discourage vices and condemn drug abuse. We will extend help to addicts too” he said.
He however, maintained that drug abuse and trafficking are two-edged evil that has been the basis of unimaginable damages around the world.
Earlier in his opening remarks, Prince Ogaga Wowo, CEO, Kobis Global Group a Co-Convener and Director of GAADACT,  advised participants to shun drug abuse.
He emphasized the need for the youngsters to resist peer pressure influence, while  reiterating that the future of any country depends on the strength of its young ones. 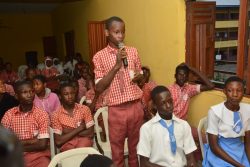 Prince Wowo stressed that: “It is on record that most crimes are committed under the influence of drug abuse. The extent of damages caused cannot be adequately quantified, they increase daily.
“Ranging from Cults wars, terrorists’ attacks, suicide missions, violent crimes, depressions, dejections, mental disorders, health crises and several others.
“The destiny of this community and the country rest on your shoulders, in few years from now, you will take the stage. Just as I still remember my father’s admonition, remember mine to you.
“Many homes, communities and nations have suffered various degree of losses due to the negative effects of abuse of drugs and substances.” Prince Wowo submits.
The Area Commander of Nigerian Police Force, NPF, Area B, Apapa, ACP Umar K. Dikwa who was represented by the Superintendent of Police Samuel Bala, in his remarks, emphasized that drug abuse contributes to most of the crimes being committed daily and young people constitutes the larger percentage of those committing crimes. 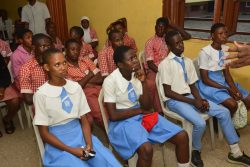 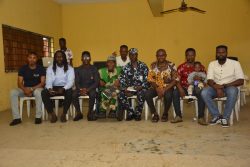 He appreciated United Nations Office on Drug and Crime, particularly, Mr Oliver Stolpe; Permanent Secretary, Ministry of Education, District V, represented by Mrs Ekundayo and  Evang Ugo Cul, a leader of People With Disabilities (PWD) in Lagos State for their support and other stakeholders who made this year’s edition a success.
The best student and first runner-up in a side attraction talent display competition, Preservation Secondary School and Bola Ige Millennium Secondary School were given prizes having made unique presentations amongst other competitors.
The representatives were made ambassadors to sensitize other students before the GAADACT team will return to support the schools.
Share this on WhatsApp