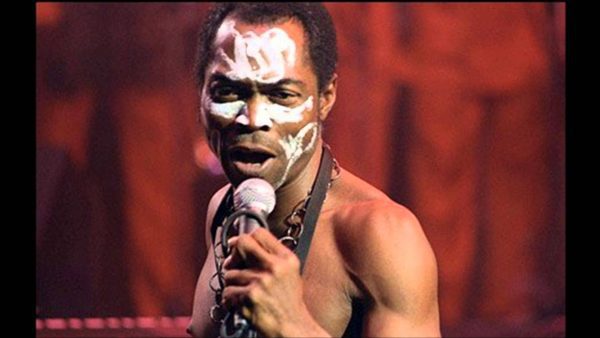 Share this on WhatsApp
Spread the love
The last decade has without a doubt been the most glorious for contemporary African music; with inconspicuous hopes from the streets of Africa, our sound has transcended the boundaries of the continent to become a notable sound in the Global soundscape.
While one is elated by the degree of global prominence our contemporary musicians have attained, the prevailing “Afrobeats” terminology that is tagged to our music leaves one rather aggrieved. Even more disheartening is the fact most African musicians are oblivious to this battle. “Thanks for taking interest in working with Africa’s fastest rising Afrobeats star”, reads the text of the auto-response mail from a certain Nigerian pop star.
The degrading “Afrobeats” term is an adaptation of the Afrobeat genre that was created by late African music legend; Fela Anikulapo Kuti.  According to UK-based Ghanaian media personality; DJ Abrantee who is the pioneer of the coinage, he wanted a singular term to describe contemporary African music. “For years we’ve had amazing hiplife, highlife, Nigerbeats, juju music, and I thought: you know what, let’s put it all back together as one thing again, and call it Afrobeats, as an umbrella term”, Abrantee cited during a 2012 Guardian interview.
The Afrobeats term has now grown wings of its own and birthed a challenge that poses to transcend generations. Out of many more downsides to come, the obvious reason why this is problematic is that it steals the musical identities of African musicians and eludes them the privilege of being recognized in the same light as their global contemporaries.
In 2017, South African hip-hop act; Cassper Nyovest was interviewed by the Breakfast Club on Power 105.1 FM in New York and one of the hosts; DJ Envy referred to Cassper as an Afrobeats act – leaving him to defend his musical identity. “I am a hip-hop act, I’m not Afrobeats”, Nyovest retorted.
From selling millions of records to shutting down a seventy-five thousand capacity stadium, Cassper’s achievements as a hip-hop artiste surpasses a lot of what his global contemporaries have attained but he is faced with a degrading case of misidentification that stems from the ignorance of one man.
Same is the case with African pop musicians who are perhaps the biggest victims of this degrading label. Rihanna’s 2016 hit “work” was heavily influenced by the Caribbean sound but she’s still referred to as a pop artiste. Drake’s biggest songs in the past 2 years (One Dance and Controlla) were equally heavily influenced by the Caribbean sound and everyone accepted them as pop records. But Nigerian pop star Wizkid explored the same Caribbean and dancehall influences on his 2016 hit; Daddy Yo and 2017 release; Come Closer and he is still referred to as an Afrobeats artiste?
According to Wikipedia, pop music is a piece of music that has popular appeal and the lyrics of modern pop songs focus on simple themes often love and romantic relationships usually delivered in a simplified form.
Does this not perfectly describe present-day African music? The Wizkids, Davido’s and Runtown’s make music not for a subset of people but for the larger populace. And the themes of their records are love and romantic relationships taking on a very simplified mode of discussion an delivery.
“Baby girl you bad and the way you whine I dey mad over you”. That was Runtown talking about love but in a very simplified manner.
According to British musicologist Simon Frith, pop music is “not driven by any significant ambition except profit and commercial reward”. This again very well describes the case in the African pop scene – a marketplace of hit records.
African pop artistes do not aim to discuss social issues or drive any agenda, they simply make music for profit, fame and commercial reward. So if by world standard, these are the elements of pop music why then does the global community refer to present day African music as Afrobeat? Why is our music not put in the same space as American pop music?
The global community now rides on the misleading Afrobeats term so much that it is now a curse. African music has attained massive heights of global accolades but the Afrobeats tag leaves us utterly marginalized.
The state of African music can simply be described as “Big but Misrepresented”.
Share this on WhatsApp
Related Topics:Afrobeat deadFela Anikulapo
Up Next