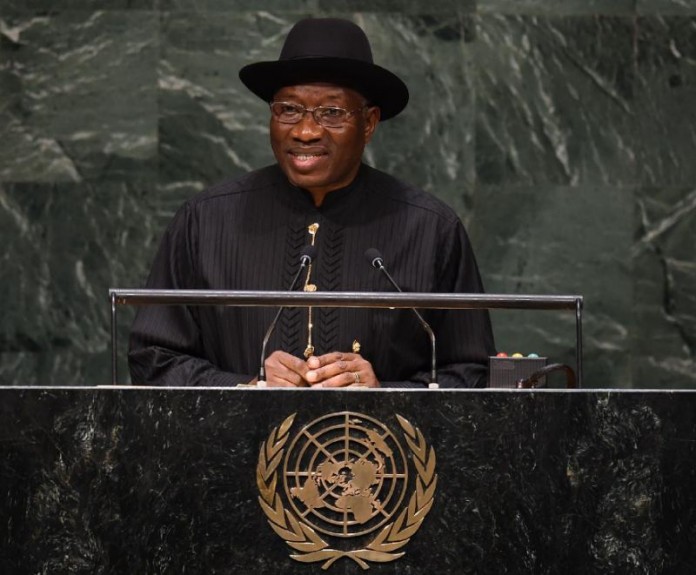 Former Goodluck Jonathan has said it was impossible for his National Security Adviser (NSA) Sambo Dasuki to have stolen $2.2 billion the Economic and Financial Crime Commission (EFCC) is prosecuting him for.

Speaking at the Oxford Union, Oxford United Kingdom, on the subject of promoting youth entrepreneurship, Jonathan said  that sorth of theft was “not just possible” after his administration procured several types of equipment for the country’s military.

“We bought warships, we bought aircraft, we bought lots of weapons for the army and so on and so forth and you are still saying $2.2 billion, so where did we get the money to buy all those things?”

Dasuki, who has been in detention since December 1, 2015 for the allegation, would be re-arraigned November 16 when the EFCC will have consolidated the two separate cases against him.

Jonathan admitted corruption was an issue during his administration, the former president said that some of the allegations have been exaggerated.

“And they give a very bad impression about our nation. You cannot say the national security adviser stole $2.2billion. It is not just possible,” he said.

As some of the corruption cases are still in court, the former president said he would rather allow the legal processes to reveal the facts of the matter and that he doesn’t want to appear as challenging the incumbent government.

“There are so many things involved, and we have to follow up these matters to a conclusion before we know the fact,” he said.

“I don’t want to be seen as a former president challenging what the sitting government is doing so I have decided to keep quiet for the court to look into them.”

He said that allegations of corruption were not unique to his administration.

“You will see that it has become a major topic whenever there is a change of government,” he said.

He further stated that corruption is a global problem but the perception of corruption is greater in Nigeria due to the Nigerian media obsession with reporting on corruption.

“I am not saying there is no corruption in Nigeria; there is corruption. If you look at corruption there is almost no country that is free, the degree varies, the perception varies.

According to him, the International talks about the way corruption is being perceived in different economies.

“Why do we talk about the way corruption is being perceived? It depends on the issue raised in the media every day,” he said.