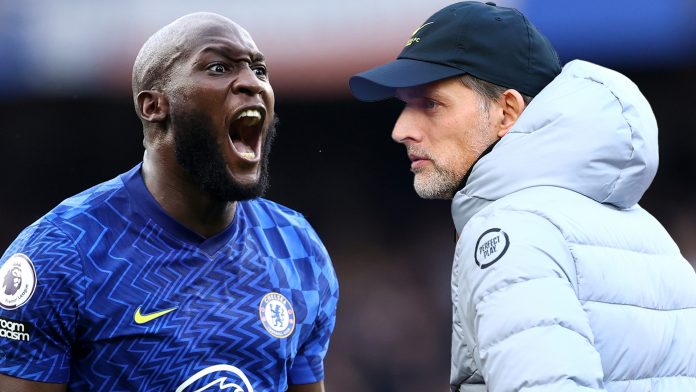 The future of Romelu Lukaku at Stamford Bridge has attracted lots of debate lately especially after the Belgian seemed to has indicated his desire to return Inter Milan.

The former Manchester United striker made a return to Stamford Bridge last summer in a £97.5million deal from Inter Milan but struggled to live up to his price as he ended up angering fans with an ill-judged interview and looking like a poor fit for Thomas Tuchel’s style of play.

National Daily learnt that Chelsea are now prepared to cut their losses on the Belgian and accept a reduced loan fee for him as he is believed to be keen on a return to San Siro but Inter do not have the funds to buy him back, while Chelsea had been looking to receive a loan fee of around £21million.

National Daily can confirm from a claim by Goal.com that the Blues have drastically lowered their asking price, which is now set at just £10m – though it is still significantly more than the £6m Inter have offered so far.

Nevertheless, Chelsea’s decision to lower the loan fee is an indication of how keen they are to offload Lukaku – even if only temporarily – and they are already looking at strikers who better suit Tuchel’s football.

The club’s preference this time is not to sign an out-and-out number nine like Lukaku, but instead they want a flexible, high-energy, pressing inside forward.

It is understood that Chelsea are seriously considering a swoop for Manchester City’s Gabriel Jesus – who is Arsenal’s top transfer target this summer.

The Brazilian ticks all the boxes Chelsea are looking for as he is capable of playing across the frontline and possessing tremendous work rate, while City are looking to cash in after signing Erling Haaland.