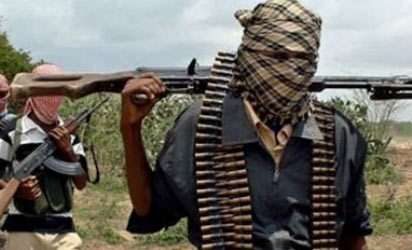 Share this on WhatsApp
Spread the love
By OKOSUN DENNIS
Following the abduction of two German archaeologists in Kaduna on Wednesday by gunmen, the government of Germany has warned its citizens in Nigeria not to travel to the northern part of the country, especially the Boko Haram-endemic states.
National Daily gathered that the warning was transmitted from the home country to the German Embassy in Nigeria.
This action was necessitated following the violent abduction of Prof. Peter Breunij and his associate Johannes Buringer by gunmen suspected to be Fulani herdsmen at Jenjela village in the Kagarko local government area of Kaduna State.
A local hunter and another colleague were shot dead in the process as they tried to prevent the abduction of the researchers.
It was further learnt that the German Embassy, after a preliminary brief, has set up machinery in motion to rescue the victims.
In addition, the Inspector General of Police, Ibrahim Idris, has ordered the deployment of Police Special Forces to Southern Kaduna to flush out miscreants and kidnappers hibernating in the state.
Speaking through the Kaduna State Commissioner of Police, Agyole Abeh, he added that the force has been mandated to flush out perpetrators of violence in Southern Kaduna and restore peace in the area.
National Daily learnt that the kidnapped professor is the head of a four-man team from the University of Frankfurt, Germany, working in Nigeria in collaboration with the National Commission for Museums and Monuments and other institutions on the relics of the Nok culture in Nigeria.
A witness said five gunmen were responsible for the abduction as they were said to have appeared from the bush and ordered them to lie down before fleeing with them into the bush, leaving two other ladies working with them.
“They started coming one by one. The first two came with machetes before others came with heavy guns. They ordered us to lie down and face the ground while they shot into the air to scare people.”
The German professor and his team had been working on the site for the past 10 years before their abduction on Wednesday.
Share this on WhatsApp
Related Topics:Boko Haram SectGerman archaeologistskidnappingnorthern Nigeria
Up Next