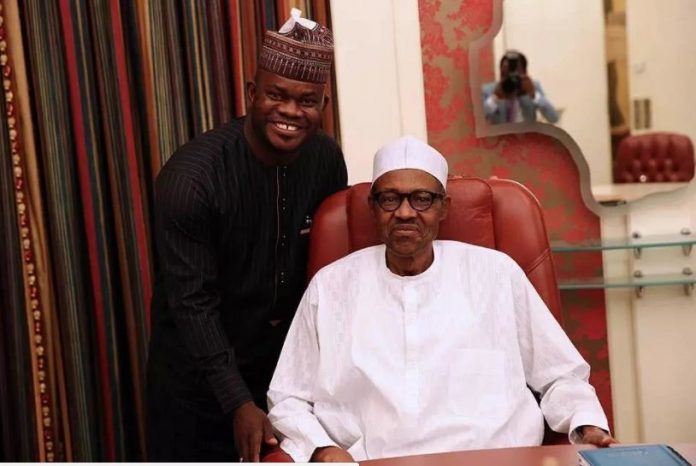 There are indicators of skepticism over the request of President Muhammadu Buhari for N10.069 billion financial assistance to the Kogi State Government within one month to the governorship election in the state in which Governor Yahaya Bello is seeking re-election for a second term on the platform of the All Progressives Congress (APC).

President Buhari had written to the Senate requesting approval for the issuance of N10.069 billion commissary notes, a sort of loan, to the Kogi State Government. The request has aroused questions from stakeholders: “Is Buhari reinforcing Governor Yahaya Bello with fresh N10.069 billion loan request for Kogi State one month to the governorship election?

Some stakeholders wondered why such urgent mobilization of funds for the APC government in Kogi State is coming within a time frame of one month to the November 16 governorship election in Kogi.  The stakeholders noted that Kogi State under the leadership Yahaya Bello has benefited from the various financial interventions, bailouts and Paris Club debt refunds from the federal government. For them, the President’s request for N10.069 billion in the build up to the November governorship election could suspiciously be attributed to reinforcing the governor and the APC in the governorship election, in addition to the re-ordered Kogi West senatorial election as declared by the Appeal Court and the tribunal.

Meanwhile, The President of the Senate, Ahmad Lawan, had read President Buhari’s N10.069 billion commissary notes request letter on the floor of the Senate.

The request was said to have been handed to the committee on local and foreign debts for consideration.