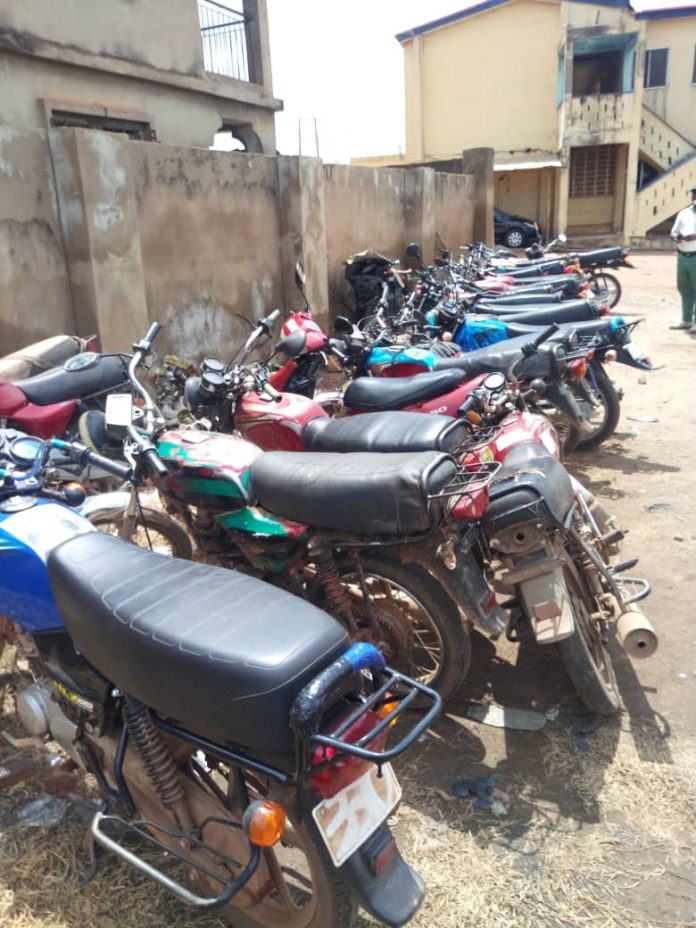 The Lagos State Commissioner of Police, Abiodun Alabi, says the command is after foreigners operating as commercial motorcyclists, otherwise known as Okada riders, in the state.

According to NAN, this was made known by Alabi during an interview on Friday in Lagos, saying that the command was aware that some foreigners are operating as Okada riders in the state and that they were after them.

Some media reports suggested that a great number of the motorcyclists operating in Lagos and some neighbouring states are Nigeriens, Togolese, Beniniors and Chadians.

Alibi said, “We are aware that many commercial motorcyclists operating in Lagos are foreigners and we have commenced routine checks with the aim of profiling them.

“When we finish the profiling, we will hand them over to the Nigeria Immigration Service for further investigation and possible repatriation.’’

Speaking on the influx of motorcycles into Lagos State, Alabi said the command was activating the old strategy by deploying officers to all border towns to check every means of importing motorcycles in the state.

He said, “We are going to carry out the old strategy by ensuring that no motorcycle comes into the state. We will seize any motorcycle found in any vehicle coming into Lagos.’’

While reacting to the total ban of Okada in some local government areas in Lagos, Alabi on Thursday advised that people should stop giving out motorcycles as means of empowerment, but adopt other meaningful ventures.

He said, “People buying Okada (motorcycles) as empowerment for people should have a rethink.

“The fact remains that banning Okada in Lagos while some people are bringing them in through empowerment is giving police problem in implementing the already existing laws.’’

Recall that on May 18, the Lagos State Governor, Babajide Sanwo-Olu, announced a total ban of commercial motorcycle operators otherwise known as Okada riders in 6 local government areas in the state.

This is coming barely 2 days after a task force in the state embarked on a serious clampdown of Okada riders on the Lekki axis, following the outrage that greeted the killing and burning of a young man, simply identified as David by suspected motorcyclists in the Admiralty area of Lekki, Lagos.

Sanwo-Olu, who said that the ban is indefinite and total, gave out the directive at a meeting with the Commissioner of Police, Area Commanders and Divisional Police Officers (DPOs) at the State House in Alausa, Ikeja.

The new directive from the governor appears to be a follow up to the February 2020 restriction placed on the activities of these commercial motorcyclists in these areas.