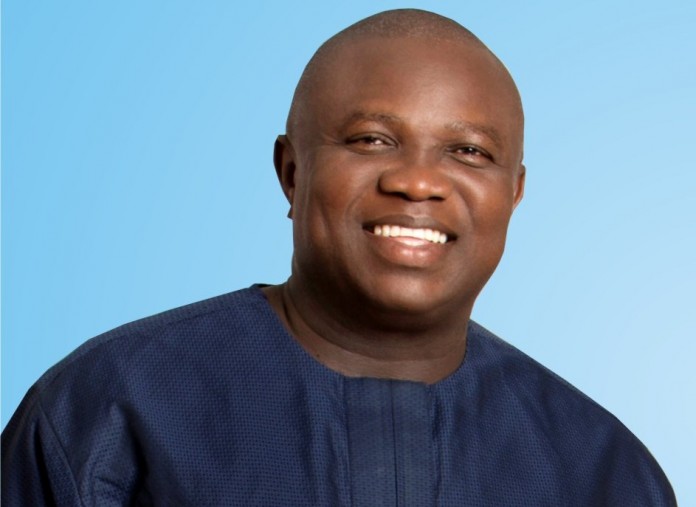 GOVERNOR Akinwunmi Ambode of Lagos State is beginning to redesign the road network of the state. The governor at the weekend revealed that plans are afoot to link inner roads in the state to the Lagos Smart City Project, just as he expressed readiness to commence deployment of Close Circuit Television (CCTV) Cameras in October across the state.

In a statement by Habib Aruna, Chief Press Secretary, Governor Ambode, disclosing the plan in Coker Aguda area of the State at the commissioning of some of the 114 roads, newly constructed in the 20 Local Government Areas (LGs) and 37 Local Council Development Areas (LCDAs), said the government will complement the project with strategic security management driven by technology.

The Governor, represented by the Commissioner for Science and Technology, Mr. Olufemi Odubiyi, at the commissioning of 500 meters Bolaji Banwo Street in Coker Aguda LCDA, reassured that security remained one of the cardinal objectives of his administration, and that technology will play a key role in securing residents.

Speaking to journalists, the Governor said: “One of the cardinal areas in which we focus on is security in the State and we have realised that the man policing we have in Lagos is not sufficient if you look at the ratio of the policemen that we have to the citizens of the state.”

“We have come up with an initiative which is an ongoing project and it is called the Smart City Project. In the area of security, we are going to be deploying CCTV Cameras to ensure that when you are sleeping, you have a guaranty that you are being watched,” he added.

“The present administration is interested in making sure that this city is safe and technology is one of the areas we are looking at by deploying CCTV Cameras which will be linked to our Command and Control Centre in Alausa. We are going to have an eye over Lagos and this is because of the importance this government is paying to security of lives and property,” he reassured.

At the handover of Otolu and Ojuoto/Ajegunle streets in Lekki LCDA, Governor Ambode remarked that good road network remains a veritable tool for economic prosperity of any community, especially, the Lekki Free Trade Zone, just as he assured investors of friendly business climate.

The Governor, represented by the Chairman, House Committee on Transportation, Mr. Fatai Mojeed, and a member of the Senate, Gbenga Ashafa, said Lekki community would soon be the greatest generator of Internally Generated Revenue (IGR) for Lagos State with a call on residents to pay their taxes promptly for more dividends of democracy.

At the handover of Borno Way, Ebute-Meta in Lagos Mainland LG, the Governor represented by the Secretary to the State Government, (SSG) Mr. Tunji Bello, cautioned against arbitrary cutting of roads and vandalism.

He said the government will not take vandalism of public infrastructure lightly, tasking community leaders in the areas where the new roads were built to take custody of the roads.

In Agboyi-Ketu LCDA, the Governor who spoke through his Chief of Staff, Mr. Olukunle Ojo at the commissioning of Zion Street, said the use of inter lock stones, asphalt and concrete to construct roads by local companies was an indication that the era of foreign construction companies in Nigeria was nearing its end.

Likewise, at the inauguration of Adedoyin Street also in Agboyi-Ketu, the Governor who was represented by his Special Adviser on Food Security, Mr. Ganiu Sanni lauded the quality of work done, saying it was up to standard.

Watch Tower and Imam Salisu Street in Imota LCDA were also inaugurated by the Governor through his representatives, Hon Sanai Agunbiade of the Lagos State House of Assembly and HRH the Ranodu of Imota, Oba Ajibade Bakare Agoro, with a call on residents to put the facilities provided by the Government to judicious use.

In Badagry LG, Governor Ambode who inaugurated Hunwi Tande Road, Ajara and Hundeyin Street where he was represented by his Special Advisers on Environment, Hon. Babatunde Hunpe and Transport, Prince Anofi Elegushi said his administration would not neglect any community within the state.

In Oto-Awori LCDA, the Governor who was represented by his Deputy, Dr. Mrs. Oluranti Adebule, at the inauguration of Babalola Ilogbo Okeagbo Road, said his administration will continue to carry out people-oriented projects to make life more comfortable for Lagosians.

Governor Ambode also inaugurated Goriola Oseni Street and Mosafejo/Ilufe Road in Ojo LG, and was represented by Mr. Ebenezer Kuponu of the Ojo Community Development Council (CDC) and Prince Rabiu Adio-Oluwa, a chieftain of the All Progressives Congress (APC).

Similarly, the Governor also commissioned Sotunde and Omodunni Street in Agbado-Okeodo LCDA and was represented by a member of the House of Assembly, Hon. Yinka Ogundimu and his Special Adviser on Civic Engagement, Hon. Kehinde Joseph.

Kayode Street and Odebiyi/Dosumu Street, both in Ifako-Ijaiye LG were commissioned by a member of the House of Assembly, Hon. Rasheed Makinde, and the Special Adviser to the Governor on Commerce, Hon. Adeyemi Olabinjo, as representatives of the Governor. 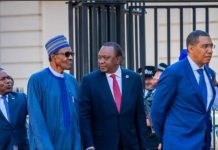