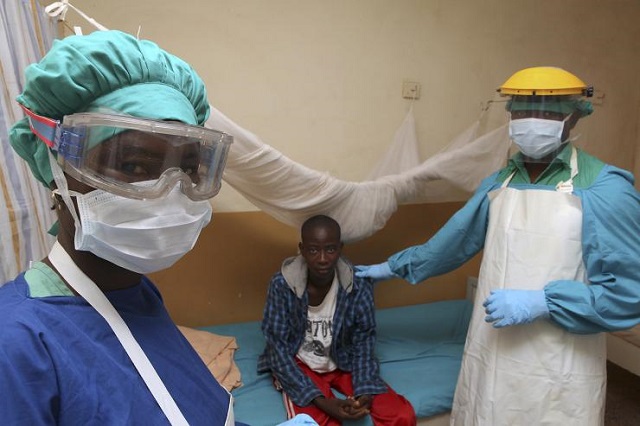 The Delta State Inter-Ministerial Committee on Prevention and Control
of Lassa fever said it is determined to enforce measures at checking
the Lassa fever infection in the state. the committee made up of the
ministries of health, information, environment, education and the
Directorate of Local Government Affairs, said its main responsibility
was to coordinator efforts toward effective prevention and control of
the Lassa fever scourge.

According to the Commissioner for Health, Dr. Nicholas Azinge, the
committee has been restructured to include a steering committee
comprising all commissioners in the affected MDAs, while their
permanent secretaries would form the Technical Working Group (TWG).

Dr. Azinge, who is the Coordinator of the Inter-Ministerial Committee,
further stated that the TWG was charged with responsibility of
handling the daily management of issues relating to Lassa fever and
reporting to the steering committee.

The Commissioner for Information, Mr. Patrick Ukah, while calling for
the committee to effectively manage information gathering and
dissemination on the Lassa fever, emphasized the instrumentality of
information officers in the local government areas in reaching out to
traditional rulers, community heads and union executives, churches,
mosques and markets leaders.

In his contribution, the Commissioner for Environment, Mr. John Nani,
said that his ministry had intensified efforts at keeping the
environment clean through sensitization campaigns in the various local
government areas and de-ratting of markets.

The Education Commissioner, Mr. Chinedu Ebie, on his part said his
ministry had reached out to teachers, students and pupils, through the
various Chief Inspectors of Education (CIEs) and school heads,
emphasizing that well a crafted message on Lassa fever would be passed
during assembly periods.

The commissioner for Local Government Affairs, represented by the
Director of Local Government, Mr. Isaac Adjekukor, said the local
government chairmen and councilors were being mobilized to carry out
the sensitization campaigns on Lassa fever at the ward and community
level.

Share this on WhatsApp
Related Topics:Delta State Govt.Delta State Inter-Ministerial Committee on Prevention and Control of Lassa feverLASSA FEVER
Up Next