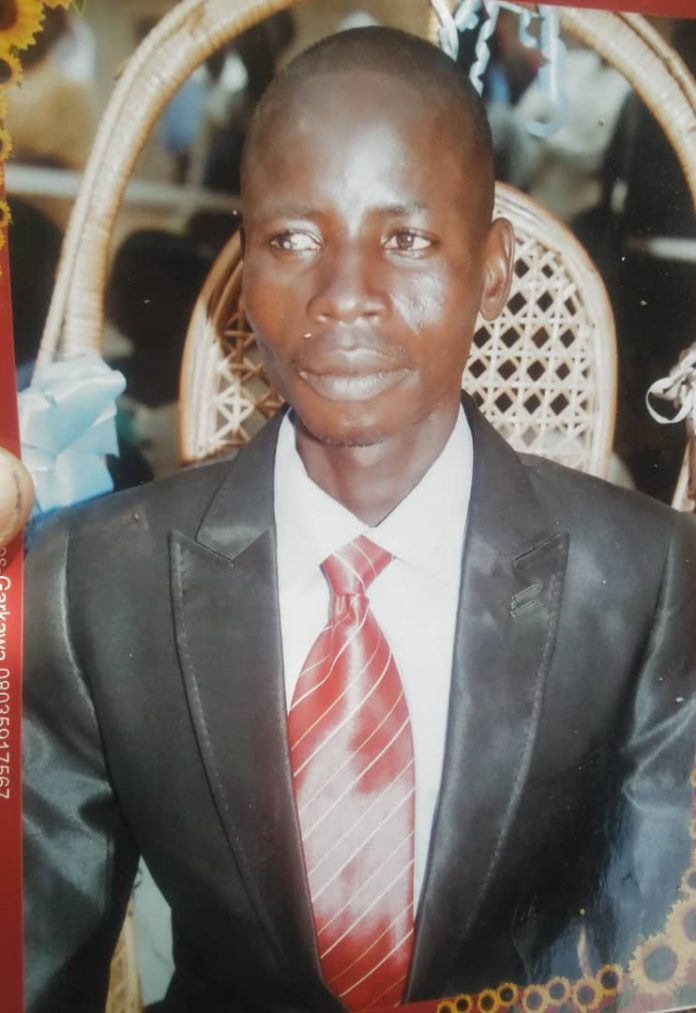 Share this on WhatsApp
By Kingsley Chukwuka
Alleged plan to cart away livestock belonging to one Dakup Ntiem a native of Mikang Local Government Area of Plateau State, has gone awry as the intruders abandoned the plan but rather shot and killed the livestock owner and injured his pregnant wife, Blessing.
Since the incident which occurred on the midnight of 28th of April, 2021, Blessing who has been discharged after receiving treatment in a health facility has been inconsolable as she ponders how she would raise her three kids and the fourth one who is on the way without her husband.
Blessing, an orphan got married to Dakup in 2011 and both have been working hard to raise their family until the tragedy. All she is demanding is for justice to be served as four suspects have so far been apprehended.
A family member who preferred anonymity said the suspects surrounded the house, some were at the cowshed and one who was by the deceased person’s window demanded that he should come out.
As he delayed, the intruder barged into his home in Pangkai, an hamlet under Lalin village in Mikang local government area of Plateau State, dragged him out and shot him at close range while they hit the wife with clubs, knocking off her teeth and leaving her unconscious.
The attackers fled from the scene believing both were dead but the timely response by relatives who live nearby saved the wife as she was rushed to a clinic in Garkawa, a nearby village where she was revived, treated and discharged.
The source stated, “Suspect arrested in connection to the murder late Dakup Dashe Ntiem are Dumtim Barko who is the mai angwan (community leader) of Kalambai, Ponfa Nimfyel from Pangkrim. Pontim Timla from Maje, Mandap Ndam from Pangkrim, Gwamtim Zingkur from Pangkrim. Remaining two who are still at large are from Nban of Langtang North Local Government Area.
“Those from Pangkrim are under Shendam LGA while the mai angwan is under Mikang LGA. The incident happened on 28-04-2021 at after 12 midnight. He left behind three children, Naankuk, Naanshin, Yimket and a pregnant wife.
“The late Dakup will be buried on Wednesday and the State Police Command through the Police Public Relations Officer, ASP Gabriel Uba however confirmed the incident saying, ” There was an  issue in Lalin, some suspects have been arrested and investigation is ongoing”.
Share this on WhatsApp