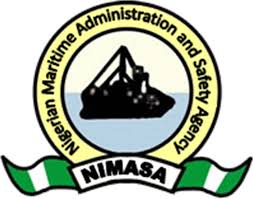 Dakuku Peterside, the Director General of NIMASA, was right when he posited that, “As Ijaw people it is not our place to create imaginary enemies for our tribe as we will for life continue to inter-depend on each other (other tribes). We must find ways to work with others in a mutually beneficial manner. That is the way to go.”

However, he failed to “hit the maze of the head” as a riversman that the relationship problem is not between the Niger Delta people particularly the Ijaws and peoples of other sections of the country but that the bigger problem is that the people of the region everyday affirms that they cannot get themselves to work together to achieve the greater goals of the region.

This trait is presently playing out at the NDDC where the Minister of Niger Delta Affairs, Godswill Akpabio and all sorts of power blocs from the region are currently dancing naked at the market square.

The relationship between Chibuike Amaechi and Ibe Kachikwu as ministers in Buhari’s first term cabinet was a display of this trait as each of them were more concerned about stamping authourity as the APC South -South leader and apple of Buhari’s eyes rather than thinking farther about the people and interests of the region.

The ongoing ‘gree die’ between the APC National Chairman, Adams Oshiomole and the Edo state governor, Godwin Obaseki; Seriake Dickson and the Bayelsa PDP, that made most PDP chieftains in the state vow to deliver whosoever under whatever party but Dickson’s candidate, are all manifest testimonies of this inability to work together for the common good of the region.

How long shall we continue like this and expect good things come to our region and its people?

It boils down to one glaring truth that my region has shamefully failed to learn and understand how to forget our individual differences like other regions and work together to move our people forward.

Does it surprise anybody that following the back and forth arguments on whether or not to go ahead with the institution, President Mohhamadu Buhari and his people that understand intrigues of power play merely looked at the Maritime University Bill clause by clause and decided not to assent to the bill on grounds that the funding pattern was wrong, and that if agencies such as the NNPC, NCDMB, the Petroleum equalization fund, NIMASA  etc are all statutorily made to fund the maritime university, there would be funding disequilibrium for the Institution.

Anybody blaming Amaechi for his statement on the project is not fair to the Ikwerre-born minister. Does Amaechi have an iota of control over the President and his team to spin him in that direction of refusing to assent to the proposed funding model? The answer is a no; no!

Whether the decision by Buhari to rework the funding model of the Maritime University was right or wrong, it only shows where the shots are called from. That is power and knowing how to use it- a great lesson that we (Niger Delta people) have to put our acts together to begin to learn and use.

Pathetically, those blaming Amaechi for saying he does not regret locating the University of Transportation in Daura, President Buhari’s hometown, are either naive or outrightly insincere. What do they expect the minister of transportation to have said?

How could anybody ever think and/or believe that the concept and location of the institution were Amaechi’s decision? He may have generated the idea as he claimed at the groundbreaking ceremony but the decision to locate it at the president’s hometown that is few metres away from the Nigerian border with Niger Republic couldn’t have been given to Amaech….. those who know know!

Whether for Maritime or Transportation universities, most commentaries were blinded by the real truth that the bulk rests solely on the table of the Commander- in – Chief and we have a President and his team who know what power is and how to hold and use it effectively for the benefit of their people.

Those (Niger Delta people) asking what we need a university of transportation for, should equally ask if there is a genuine need for a Maritime university in Okerenkoko? This may not sound well in your ears but it is the truth!

If we say we are one and are pursuing a common destiny as a region, what stopped the section of the region fighting for the maritime institution not to instead push for the upgrading and standardisation of the Maritime Academy in Oron, Akwa Ibom state? Is Oron no longer part of the Niger Delta? Is Oron no longer an integral part of the Izon nation? So if it’s not Ijaw, it cannot be Niger Delta, abi? You see where the self deceit lies?

Meanwhile Okerenkoko, the Location of the Maritime University is just a few kilometres away from the University of Petroleum Studies, Effurun all in Delta state. So must the maritime institution be in the Delta Ijaw area?

Truth be told, the real tragedy is not the eye-service feasibility studies that informed the location, or the ‘nepotic location analyses.’ The real tragedy is that these schools borne out of such skewed analysis, usually fall short of global standards, and never truly satisfy the purpose for which such huge resources were expended in the first place. They end up either an outright waste, or below acceptable standards.” And truth be said, this applies to both the Okerenkoko and Daura universities.