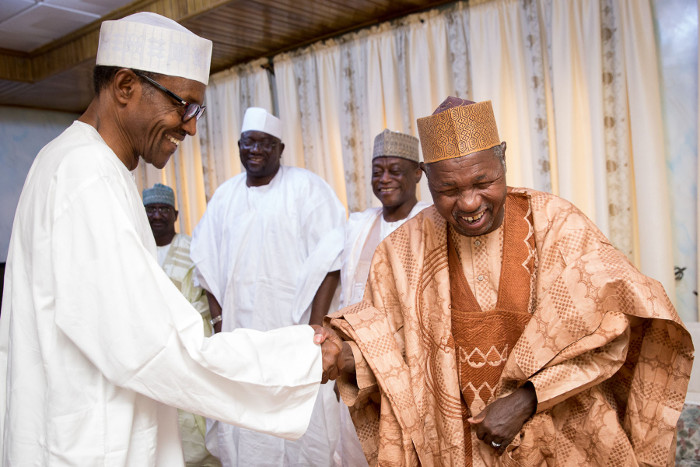 Out of frustration, Governor Aminu Masari of Katsina has told the protesting farmers in his state that Allah, on the judgment day, will hold him responsible for the killings in the state.

More than 40 people hve been killed in the home state of President Muhammadu Buhari in about a week.

In Batsari Local Government Area, 18 farmers were killed by bandits on Tuesday morning.

The bandits also rustled some cows that belonged to the victims.

The security agents later evacuated the corpses and brought them to the palace of the District Head of Batsari.

Addressing some people of the area who went to Government House to complain of the incessant killing of their people by bandits, Masari said that his administration was doing all it can to stop the killings.

“I feel it better than you feel, because I know Allah will ask me on the Day of Judgement.

“It is our duty to protect lives and property in the state, yet, this is what is happening, we are doing our best.

“You bear me witness that wherever such incident occurred, I visit the community and tell them our commitment toward addressing the menace, he said.

He promised to table the problem of insecurity challenges bedeviling all the northern states before Mr President tomorrow,” he said.

According to him, protesting will not solve the problems.

He  urged them to remain calm, as the government was doing its best to end the menace.

Earlier, the leader of the people, Aminu Ruma, told the governor that the victims were killed in their farmlands in Yar-gamji village of Batsari Local Government Area.

Mr Ruma said that some farmers were still missing, following the attack.

“People of Batsari, Safana and Danmusa Local Government Areas will not plant crops this year for fear of bandits attack,” he said.