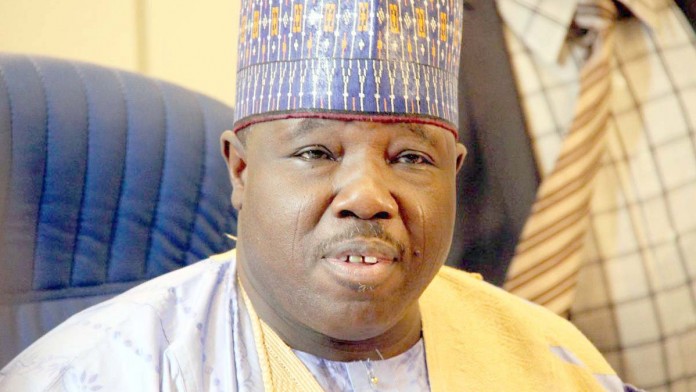 The former Governor of Borno State, Senator Ali Modu Sherriff, could appear to be affirming the innuendo that he is aspiring for the national chairman of the ruling All Progressives Congress (APC). Apparently, the former Borno governor may have intensified the political under current of his speculated ambition to become successor to the ousted APC national chairman, Adams Oshiomhole, when he made a sudden appearance to APC national secretariat in Abuja on Thursday.  The sudden visit to the APC national secretariat in Abuja raised eyebrows and skepticism over the insinuations that the former controversial acting national chairman of the Peoples Democratic Party (PDP) may be advancing his speculated ambition for the APC national chairman to influence the party leaders who are currently being coordinated by a Caretaker Committee presently on voyage of reconciliation. Accordingly, the lobby and overtures may have begun; and Sherriff has overtime demonstrated his skills of political simulation to acquire power.

National Daily gathered that Senator Sherriff touched down  at the secretariat at about 4.15 pm, then, made his way direct to the National Chairman Office, where he met with the Chairman of the Caretaker Committee, Governor Mai Mala Buni of Yobe State. They were said to have held brief meeting for about 15 minutes. Before he swiftly departed.

Senator Ali Modu Sherriff, however, hurriedly rushed into his black G-wagon car after the brief meeting and departed the premises with urgency.

The Caretaker Committee Chairman, Governor Mai Mala Buni Buni, was said to have also departed the secretariat few minutes after Sherriff was gone.

Since the removal of Oshiomhole, there have been insinuations that Modu Sheriff, Senator Kashim Shetima, former Borno Governor, and Buba Maruwa, may be aspiring  to contest for the APC national chairman at the National Convention which is yet to be determined by the Committee but expected to hold few months from now.