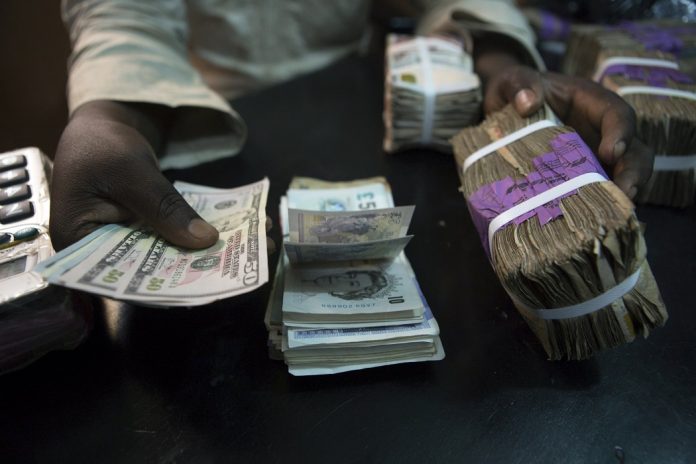 The exchange rate at the parallel market depreciated again to another all-time low on Tuesday to close at N557/$1 compared to N550/$1 recorded in the previous trading session.

This represents 1.3% depreciation and further widens the gap between the black market rate and the official rate.

The local currency crashed by N7 at the black market to hit a new low following CBN’s actions to channel forex demand away from the window as buyers scramble to buy the scarce dollars.

Currency speculators are taking advantage of the huge exchange rate difference between the official market and the black market.

The demand pressure for forex continued despite an 8% improvement in dollar supply at the official window.

Meanwhile, the exchange rate between the naira and the US dollar closed at N412.08/$1, at the official Investors and Exporters window.

Meanwhile, forex turnover at the Investors and Exporters (I&E) window rose by 8.2% on Tuesday, 14th September 2021.

According to data from FMDQ, forex turnover increased from $161.82 million recorded on Monday to $175.10 million on Tuesday 14th September 2021.