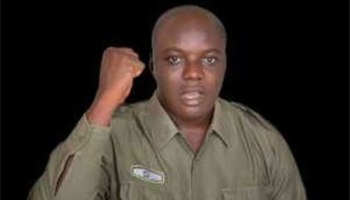 The National Association of Nigerian Students (NANS) has announced the death of its former National President, Dauda Mohammed, who died at the age of 38 years after a protracted illness.

NANS’ President, Chinonso Obasi, said that Mohammed died on Sunday on his way to India to seek medical treatment.

Obasi said that the mail sent to him by Artemis Group of Hospitals, Delhi, indicated that Mohammed passed on five minutes before arriving Delhi Airport.

He said that the mail indicated that the hospital would conduct an autopsy on Oct.3 after which his remains would be released for transportation back to Nigeria.

According to health experts, cirrhosis is a chronic progressive disease of the liver characterised by the replacement of healthy cells with scar tissue.

“Medical facilities in Nigeria should be standardised to enable our medical personnel handle complex forms of sicknesses,’’ Obasi said.

The NANS president said that Mohammed’s family had been informed of his demise.