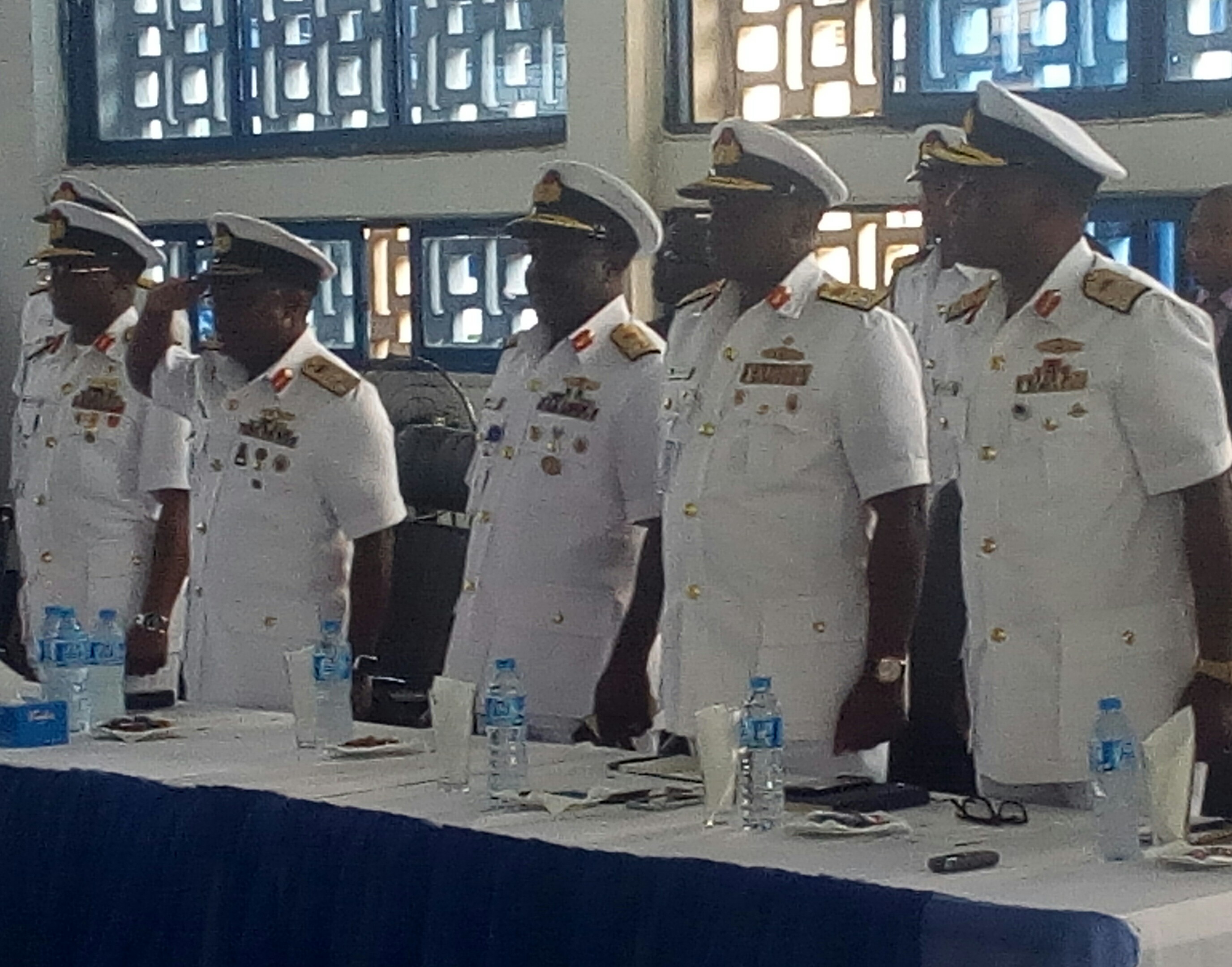 Share this on WhatsApp
Spread the love
By OKOSUN DENNIS
The Chief of Naval Staff (CNS) ,Vice Admiral Ibok-Ete Ibas has disclosed that the navy has shut down most of the illegal refineries and blocked the activities of criminals thereby preventing them from going to sea.
The CNS, who spoke to National Daily on Wednesday at the NNS Quorra Auditorium on completion of a-three-day annual inspection of naval facilities and platforms, had a dialogue with ratings and officers of the force where he expressed satisfaction with the level of achievements of the force.
Ibas explained that “We have also got most of the boats they use out there, these are boats with 200 horse power engines and above through the support of our regulatory bodies.
“So, the navy is still on their trail to ensure they do not go out.
“In the last one year, the navy has been performing. We have been out at sea, training and providing infrastructure, welfare and administrative supports.”
On the increase of the activities of pirates at sea, Admiral Ibas disagrees with the postulation that pirates have stepped up attacks, but said there are occasional robbery incidences.
He, however, observed that the results are there to speak for themselves noting that they have been able to bring down cases of piracy in our waters.
Admiral Ibas further reiterates that “Our mandate is to provide maritime security and enabling environment for seafarers. We have been able to, considerably, bring down cases of piracy in our waters and this is noticed in the volume of trade that is taken place out there.
“Exports and imports of products into Nigeria are on the high side. We have created a secured fishing environment by having more fishing activities taken place.”
He explained that it was necessary to regularly have dialogue with ratings and officers to keep them abreast of security of the nation especially as we have these men all over the country and even outside.
The dialogue gives me the opportunity to let them know what is happening; what is expected of them and also to share with the challenges they have and get suggestions on how best to get the navy delivering on his mandate.
On why there seems to be increase in cases of sea robbery, the CNS pointed out that,
“Most of these crimes are migratory. When you block access to how these criminals get their funding, they migrate to other means of survival.
“The navy has shut down most of the illegal refineries and have been able to bottle up the activities of criminals thereby preventing them from going to sea.
“Occasionally, you have robbery incidences that are happening. Sometimes, when you pursue these bad guys on land, they find the sea; especially the back waters available for illegal operations.
ALSO SEE: “Wrestler Uti abandoned dead wife to seek counselling from Canaanland”
“Again, the navy does not have access to most of these areas because they are not navigable. Also, note that we have over 5,000 of such space that are not governed.
“With the CHOKE POINT management systems we have in place, we are still able to control their movement and access. 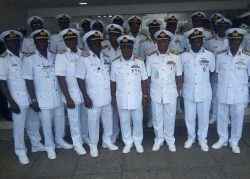 “On the Safe Corridor that has been emplaced, we have an operation going on there and have identified all pirates prone areas and covered them,” Ibas noted.
The Chief of Naval Staff pointed out dwelling resources, but observed that “We depend on the resources we have and have been talking with our partners.
“Once we have the right schedule and critical vessels, and resources to get more OPVs, we would be able to protect some of the shipping that are of high value vessels. We can guide them through those areas that they are likely going to be attacked.
“The capacity the navy has acquired with respect to maritime domain infrastructure, that has helped us to overcome most of these challenges we are talking about,” Admiral Ibas reiterated.
Share this on WhatsApp
Related Topics:Chief of Naval Staff (CNS)Illegal RefineriesOil BunkeringPirateVice Admiral Ibok-Ete Ibas
Up Next

Woman tells court to force her boyfriend to marry her

The Perilous Sojourn to “Yahoo Conservation” in Nigeria