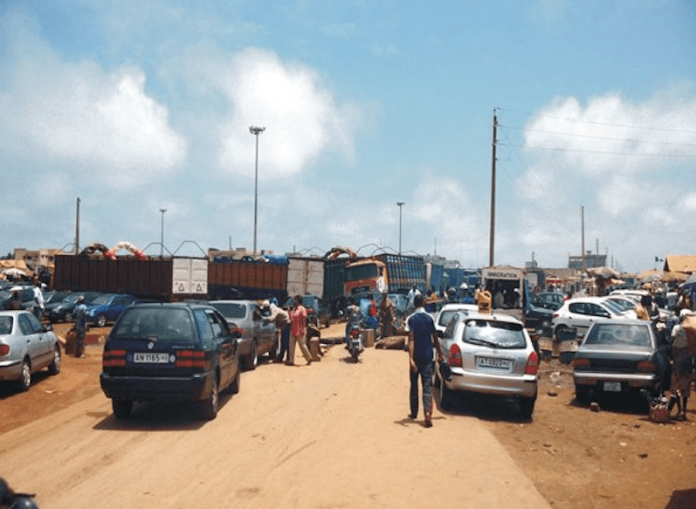 Nigeria, the Republic of Benin and Niger, have established a joint border patrol team comprising the Police, Customs, Immigration of the tripartite countries to recommend a date for the reopening of the borders.

The three countries agreed in a resolution at the end of the Tripartite Anti-Smuggling Committee Meeting of Nigeria, Benin and Niger.

Nigeria’s Foreign Affairs Minister, Geoffrey Onyeama, while reading the communiqué at the end of the meeting said the meeting took note of all concerns raised and agreed to establish a monitoring and evaluating committee of the three countries.

Onyeama said that the committee will comprise of Ministers of Finance, Trade, Foreign Affairs, Customs, Immigration and National Security Adviser.

He said that the Committee is with a mandate to ensure actions that would facilitate and enhance the suppression of smuggled goods and other related matters.

“The meeting agreed that the monitoring and evaluation committee will ensure the full implementation of the adopted mandate of the Joint Anti-Smuggling Human Trafficking Committee.

“Nigeria, Benin also agreed on the establishment of trade facilitation committee among the three countries, comprising of Ministers of Finance and Trade.

“To promote intra-regional trade among the three countries, as well as put in place, sanctions against smuggling of goods.

“The governments agreed to ensure persons from the three countries to enter/exit each other’s state with valid ECOWAS recognised travel documents through recognised controlled posts.

“The patrol team is to agree on the modality to carry out its operation and recommend a date for the opening of the borders,” Onyeama said.

On the anti-smuggling issues, Onyeama earlier said the meeting deliberated on the myriad of challenges faced by the three countries.

Onyeama added that more importantly, the meeting dwelt on the areas of smuggling of goods and services that were not approved under the Protocols on ECOWAS Trade Liberalization Scheme.

He said that the meeting also proffered to address issues as regards Free Movement of Persons without valid ECOWAS travel documents, as well as a plethora of illegal warehouses along the border corridors.

“In this regard, the meeting acknowledged smuggling of goods, as well as human trafficking as a collective violation of ECOWAS Protocols on ETLS and Free Movement.

Onyeama said that Niger and Benin Republic, however, appealed for the reopening of the land borders.

Onyeama said that there was however no threat to the physical safety of Nigerian traders in Ghana, adding that the tripartite meeting has agreed on modalities for the way forward.

In response to the Federal Government’s plea for farmers not to take advantage of the current border closure, producers of the Ogoja Rice have disclosed plans to slash the price of the grain ahead of the Yuletide season.

Chairman of the Santuscom Agro-Hub Investment Nigeria Limited, producers of Ogoja Rice, Paul Santus, told journalists recently, in Abuja, that the company had scaled up production of the brand locally produced in Yala Local Government Area of Cross River State, to meet demand for the grain.

He told Nigerians not to panic ahead of the festive period, as the company is willing to crash the price of its 50kg bag to N14,000, saying all is set to meet rice demand in-country despite the skyrocketing price of the commodity in the market, following the border closure.

Recall that Central Bank of Nigeria (CBN) Governor, Godwin Emefiele, had appealed to rice farmers, millers and marketers not to increase the price of the grain, saying it would impact negatively on government’s aim on closing the borders.

However, operators along the value chain cashed in on the situation to the extent that local rice, which sold at N16,000 for 50kg bag rose to N20,000 while foreign rice is sold at N22,000.

The Minister of State Agriculture and Rural Development, Baba Shehuri, had said the closure of Nigerian borders has energised rice farmers, who now smile to the banks with the impressive sales, with attendant job opportunities created.

But Santus expressed concern over the high price, saying: “We want Nigerians to understand the action by the government, and notwithstanding, we want to assure Nigerians that as a company we will do everything possible before the Christmas and New Year celebrations to crash the prevailing and current market price of rice. We will be selling at N14,000 per 50-kilogram bag of rice anytime from now.”

He disclosed that they have produced about 1,000 hectares of rice farm ready for harvest soon to add to the current production of the commodity assuring that they would soon flood the market.

He said: “Everything is ready for us to commence serious production of high quality and stone-free Ogoja Rice that would be very affordable and accessible by consumers in any part of Nigeria. We have the capacity to crash the price because we have huge tonnes of paddy rice and high milling capacity from the rice mills we run.”