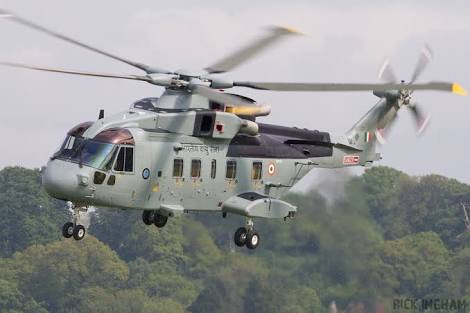 The Director of Public Relations and Information, (DOPRI), Air Commodore Olatokunbo Adesanya on Thursday confirmed the crash of  NAF Agusta 106 Light Utility Helicopter into an undisclosed Lagoon in the Northeast.

He told National Daily on phone that the Lagoon will not be disclosed for now “for security reasons.”

The helicopter was said to have crashed without any casualty.

It was also learnt that the pilots ditched the aircraft to minimise damage.

At the moment, the Chief of the Air Staff has directed the constitution of a board of inquiry to determine the exact cause of the incidence.

Air Commodore Adesanya further added that members of the board are already in Maiduguri to commence work.

In the past, the Nigerian Airforce has suffered huge losses in aircraft and personnel from various crashes.

On 26 September 1992, a Nigerian Air Force Lockheed C-130 Hercules crashed three minutes after takeoff from Lagos killing 158 military personnel on board including eight foreign nationals and the entire crew members at Ejigbo in Lagos.

It was lost a Dornier 228 that killed some Major Generals in the army in Benue state.

Besides, during the ongoing war against terrorism, NAF equally lost few helicopters until Thursday crash.