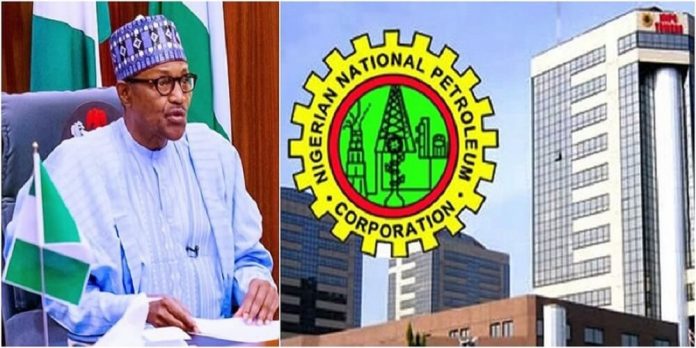 The Nigerian National Petroleum Corporation may be devicing new game to frustrate the decision of President Muhammadu Buhari to withhold the increase of the pump price of petrol from the current N162.5 per litre in the next 18 months. The NNPC which is the sole marketer of Nigeria’s crude oil to the international market, and coordinator of the importation of petroleum products, including PMS, is complaining of the increase of the price of crude oil in the global market, and is therefore, demanding M3 trillion from the federal government for petrol subsidy for the year 2022. The demand may be a plot to force the President to reverse his decision on the controversial subsidy, otherwise, the government will have to overshoot the budget further.

Minister of Finance, Budget, and National Planning, Mrs. Zainab Ahmed,  had at the State House, Abuja,  after the Federal Executive Council meeting, chaired by President Muhammadu Buhari, highlighted: “In 2022, because of the increased crude oil price per barrel in the global market, now at $80 per barrel, and also because NNPC’s assessment is that the country is consuming 65.7 million litres per day, that we would end up with an incremental cost of N3 trillion in 2022. ”

The minister stated that by implication, the Federal Government will have to make an incremental provision of N2.557 trillion in order to meet subsidy requirements which currently averages about N270 billion per month. She said that only N443 billion is provided in the 2022 budget for subsidy from January to June.

The finance minister justified the request on the argument that the current realities on the ground, including lack of structures, for now, has made the NNPC request for the N3 trillion.

Zainab Ahmed disclosed that after consideration of that request at the FEC meeting, the finance ministry was directed to approach the National Assembly for an amendment to the fiscal framework and the budget.