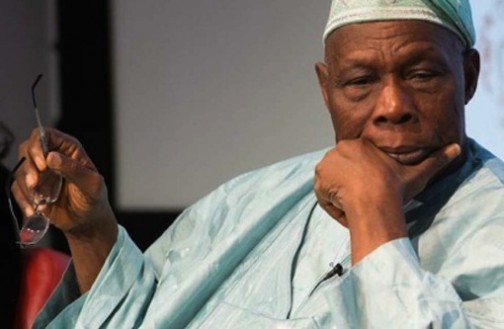 Former President Olusegun Obasanjo on Thursday decried that death of Nigeria’s President of Senate President, Dr. Joseph Wayas, 1979 to 1983, saying that the late Senate President was a patriot and lived for the welfare and security of the citizens.

Dr. Obasanjo, in a statement on Thursday by his Special Assistant on Media, Kehinde Akinyemi, indicated that the late senate president in the administration of late President Shehu Usman Shagari in 1979, would “be sorely missed in view of his giant political strides and contributions to the building of the Nigerian nation, starting from his birth place, Bassang, in Cross River State, to every nook and cranny of the country.”

Dr. Obasanjo declared: “Dr. Wayas was a special breed who contributed immensely to the development of the country and became a parliamentarian in the Second Republic.

“He was such a great patriot who had contributed his own quota to the legislative governance and overall development of Nigeria.

“He always pitched its tent with the truth. He maintained a cordial relationship with his colleagues in the Senate and well-groomed in legislative practices and procedures.”

Obasanjo stated: “his knowledge of practices and procedures of the Senate helped him greatly in running the affairs of the Senate. “He demonstrated high level of maturity and level-headedness. “His disposition towards effective nation building remains unparalleled.

“He lived for the welfare and security of the common man. His passion about a better and safer society was exceptional. His steadfastness, commitment to the cause of one Nigeria and optimistic spirit towards national development will continue to inspire us both now and in the future.”

Former President Obasanjo noted that the death of Dr. Wayas is painful; he, therefore, commiserated with his family, Governor Benedict Ayade, the entire people of Cross River State, as well as all associates of the late elder statesman across the country over the unfortunate incident.

Obasanjo enjoined the family of Wayas, the government and people of Cross River State, “to be comforted by the fact that Dr. Wayas served God and mankind diligently and worked hard to make his country great.” According to him, “the deceased left a worthy legacy of selfless service and a good name.”

The former President prayed: “May Almighty God grant the late leader a place among the righteous ones in paradise.

“May God also grant members of his immediate family, the people and government of Cross River State, the fortitude to bear this irreparable loss.”

Dr. Wayas was proclaimed dead in the early hours of Wednesday in United Kingdom (UK) at the age of 80 after a period of ailment.