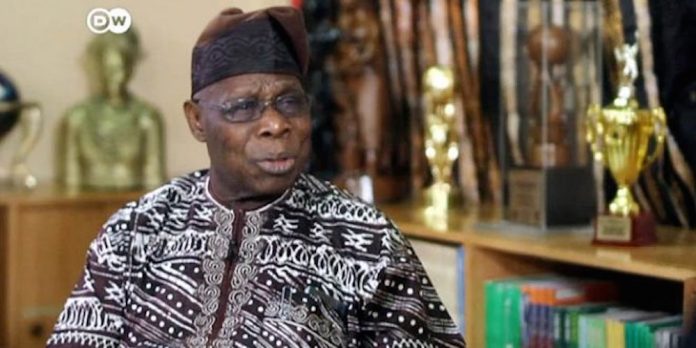 Former President, Olusegun Obasanjo, has said that it is criminal to keep borrowing without servicing it, noting that it is like killing generations yet unborn with

Amid concerns over debt overhang, President Muhammadu Buhari recently requested the Senate to consider and approve an external borrowing plan amounting to about N2.5 trillion to fund projects captured under the 2018-2021 borrowing projections.

If approved, the country’s documented national debts will balloon to over N35 trillion.

Buhari, in the letter, explained that the projects listed in the 2018-2021 Federal Government Borrowing Plan were to be financed through sovereign loans from the World Bank, French Development Agency (AFD), Export-Import Bank of China, International Fund for Agricultural Development (IFAD), Credit Suisse Group and Standard Chartered/China Export and Credit (SINOSURE).

The amount is in the sum of $4.05 billion, €710 million and a grant component of $125 million. The money, the President explained, would be used to fund federal and state government projects across key sectors such as infrastructure, health, agriculture and food security, energy, education and human capital development, as well as the COVID-19 response initiative.

Reacting to the proposed loan request, Obasanjo while speaking on Channels TV in South Africa, said although it is not bad to borrow if the funds are properly used and serviced.

“When I came into government and was elected President, we were spending $3.5bn to service debt, and even with that, our quantum of debt was not going down.