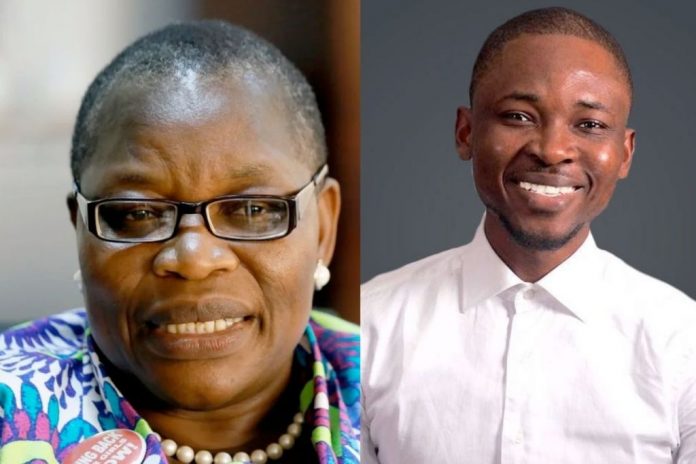 After denying his company Alpha Reach Media appointed Obi Ezekwesilie secretly, J.J. Omojuwa has put out a statement through his lawyers, claiming otherwise and telling their backstory–of mutual benefits and social exchange.

His earlier response was to the letter from Falana and Falana Chambers, asking Omojuwa to apologize for dragging the former minister into a PR gig Aplha Reach handled, and turned scandalous.

“On another note, Alpha Reach wishes to state that at no time was Dr. Mrs. Obiageli Ezekwesili a part-owner of Alpha Reach, and she is not a member of the Alpha Reach board,” the Twitter influencer said in the wake of #FreeAlexSaab that led an international media, Buzzfeed, into digging up some sleaze about Omojuwa.

But, now, through his counsel, Babalakin and Co., Omojuwa has reminded Ezekwesili of their long-standing relationship that led to her appointment and Kaduna Gov. Nasir El-Rufai’s as directors when Alpha Media was registered.

The PR firm was registered in 2012 as a construction company with the CAC.

“Our client sought and obtained your client’s consent before listing her as a Director of the company, based on their close relationship, which you curiously omitted to mention in your letter,” the letter from Omojuwa’s lawyer partly read.

“Both Mallam El-Rufai and your client were listed as Directors of Alpha Reach Company Limited when it was registered in 2012, with their full consent.”

He also reminded Ezekwesili their pity party  at the suite of a respected man of God at the Transcorp Hilton in Abuja, when he trusted her with ‘some very personal and painful stories’.

“At a point in our client’s life, your client was his most trusted person and confidant. Some people can attest to this fact, and they will, at the appropriate time and forum.

H admitted making her a director was strategic.

“Clearly, your client is a successful public figure with whom our client had a close relationship. It is reasonable that our client wanted to leverage her reputation to advance the company he promoted,” he said.

According to him, it was not until 2015 when it was certain that El-Rufai was going to become the governor of Kaduna State and the likelihood that she too could be appointed a Minister by President Muhammadu Buhari that she was removed.

“Indeed, your client leaned on our client to publish and distribute her speech at the APC forum,” the letter said.

In her anger, the Agony Auntie asked Omojuwa to fully disclosed the company’s financial deal so as to assess how much he has made peddling her name and influence.

But Omojuwa’s counsel said that will happen only after a written agreement.