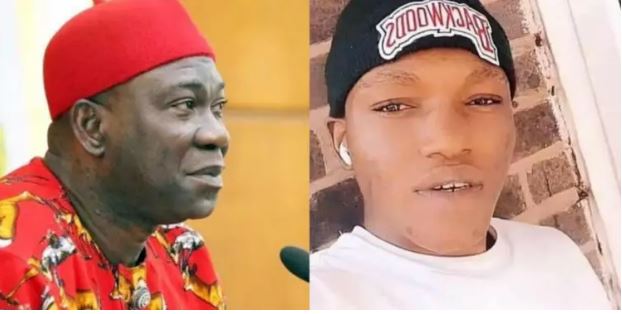 More facts have been gathered about the investigation of the arrest of Ike Ekweremadu concerning the accusations of planning to harvest a child’s organ. On Thursday, Senator Ike Ekweremadu and his wife were arrested by the Metropolitan Police and their case will pend till the 7th of July until investigation is done.

How the case started

The daughter of Ekweremadu whose name is Sonia has a kidney problem and the father eventually found a donor willing to do kidney transplant for her, his name is David Ukpo Nwamini and the senator was able to facilitate his travel documents for UK. Sources say that Ukpor has been in Britain and they took care of him in a proper way, this is because pictures his posted on his Facebook page indicates it. One of the photos was a one he took with his girlfriend where she indicated that she was in a relationship.

How he refused to come back to Nigeria

When the Kidney transplant was to commence, the surgeons at Royal Free Hospital discovered that the boys kidney didn’t match the body of Ekweremadu’s daughter whose name is Sonia, therefore, the operation could no longer go on. Trouble started when Ukpo was expected to go back to Nigeria but he refused, he wanted to secure an asylum in UK. Ukpo told the authorities that he was an underage child who is just 15 years of age and he was promised a good life in UK but when he came, they planned to harvest his organ and send him back to Nigeria.

Facts which expose that he might have been lying

Some facts exposing some lies in Ukpo’s claims have shown that Ukpo in his international passport was born in 2000 on the 12th of October, this means that he is not 15 years but 21 years of age. Another fact exposing some crucial details about the case is a letter written by Ekweremadu in December 28th in 2021 to the British high Commission where Senator Ike Ekweremadu gave reasons for apply a Visa for Ukpo David. In the letter, he explained to the Court that David Ukpor was coming to the UK to do a kidney transplant for his daughter and he will provide the necessary funding.

This is an evidence that the reason for the trip could be the otherwise as pictures from his Facebook page shows he lived a good life in London.