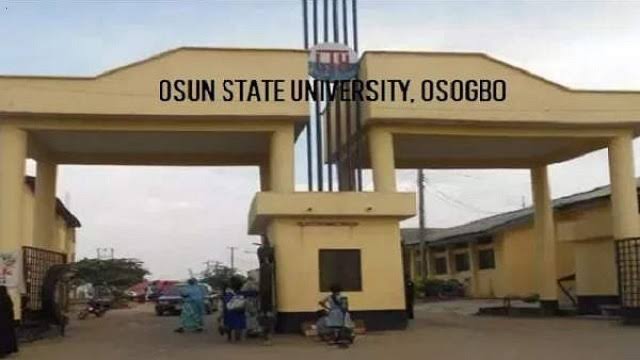 The Management of the Osun state University (UniOSUN), has declared that the school has no intention of joining the ongoing industrial action by the Academic Staff Union of Universities (ASUU).

This is contained in a statement issued by the University’s Public Relations Officer, Adesoji Ademola, on Monday.

The News Agency of Nigeria reports that the management’s position is contrary to comments made by the ASUU branch acting chairman of the school, Dr Wende Olaosebikan.

Adesoji, said that the institution will not join the ASUU strike, so as not to disrupt the school academic calendar.

“The selling point of UniOsun is that we don’t miss or extend our academic calendar. Our four years is always four years.

“We have, at a point called the ASUU national chairman, and we made our position known concerning joining ASUU strikes.

“We want to inform the University students, stakeholders and the general public that UniOsun has no plan to join the ASUU strike.

Adesoji urged all students to disregard any information on UniOsun will soon join the ASUU strike.

NAN reports that on Feb. 15, ASUU began a four-week rollover strike following the Federal Government’s failure to meet its demands.

The National President of ASUU, Prof. Emmanuel Osodeke, said the decision was taken after the union’s National Executive Committee meeting.

Osodeke said since the last meeting the union had with the federal government in December 2021, it had not received any formal invitation from government.

ASUU extended the action by another two months to afford the government more time to address all of its demands.

Osodeke, in a statement to announce the extension of the rollover strike, noted that the national executive council of the union “was disappointed that Government did not treat the matters involved with utmost urgency they deserved during the four-week period as expected of a reasonable, responsive, and well-meaning administration”.

He said the NEC concluded that the government had failed to satisfactorily address all the issues raised in the 2020 Memorandum of Action (MoA) within the four-week roll-over strike period and resolved that the strike be rolled over for another eight weeks.

Osodeke said the strike continues over the government’s failure to “satisfactorily” implement the Memorandum of Action (MoA) it signed with the Union in December 2020 on funding for revitalisation of public universities (both Federal and States), renegotiation of the 2009 ASUU Agreement and the deployment of the University Transparency and Accountability Solution (UTAS).

Other demands of the union as listed by ASUU include Earned Academic Allowances, State Universities, promotion arrears, withheld salaries, and non-remittance of third-party deductions.