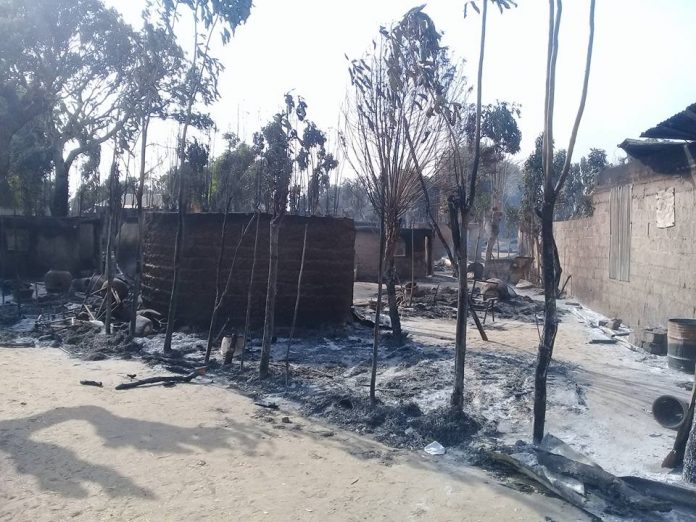 The attackers reportedly burnt down houses in Tijime Council Ward, leaving many fleeing to the nearby Aondoana community.

Confirming the development, the Special Adviser to the Benue state Governor on Local Government and Chieftaincy Affairs, Mr. Ken Achabo, said he had just visited the attacked communities.

According to the Adviser, “the armed herders attacked Tijime Council Ward, where they killed 15 persons and burnt down the community and another two persons in Agbanu community.

“Right now we have an Internally Displaced Persons, IDPs, situation in the area because the people have all moved to Aondoana which is a town community.

“I have just visited them to reassure them of Governor Samuel Ortom’s concern over the development. I am still on the road traveling back to the Local Government Headquarters in Naka.

“Aside that particular attack, there was also another attack along the Naka-Agagbe road, where two persons were killed on Sunday evening.

“I also visited the people to give them that sense of hope that they are not alone. We have just realized that it was a coordinated attack which the herdsmen militia launched from different angles.

“The attacks left many persons injured and some are receiving treatment in Naka and Aondoana.

“The development is so painful because it has forced the people out of their homes and communities when they are supposed to be preparing to move into the farms to cultivate their produce.

“Their worry now is how they would survive after these attacks because they are scared that they might not return home anytime soon to enable them to go to their farms. Though soldiers have moved into the communities to ensure the return of peace,” Mr Achabo said.