The Peoples Democratic Party has reacted to the statement credited to ex-INEC Chairman Attahiru Jega—that President Muhammadu Buhari has disappointed many Nigerians.

“He still has time to correct things if he has the capacity to do that,” Jega said in an interview with the Daily Trust on Sunday.

“But frankly, his government has been very disappointing. Many people wish him well but are worried about the direction the country is taking.”

The then ruling party was not impressed their candidate—then President Godluck Jonathan— conceded easily.

Now in the opposition since then, the PDP attempted again in 2019—and lost to the ruling APC and its candidate Buhari.

But the six-year rule of Buhari has generated a lot of complaints of poor economy, insecurity, banditry, nepotism, among other national issues.

“Governance has been very poor at the federal level and many of the states, that is why we are seeing challenges everywhere; whether it is insurgency, banditry, armed robbery or other things,” Jega said added.

But the PDP responded to Jega’s take with a back-handed compliment.

First, the professor was praised for daring to say it pointblank—thought he said nothing new.

He has merely stated what this party and the majority of Nigerians home and in the Diaspora have been saying,” said the PDP national publicity secretary Kola Ologbondiyan.

But agai, the party took a swipe at Jega—for umpiring the 2015 general election which ended the PDP 16-year rule, and brought in Buhari in an election the PDP believed Jega compromised.

“This is like a vice-chancellor who having signed the degree certificate of his student now turned around to question the student’s qualification ab initio,” he said. 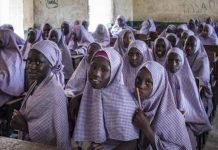 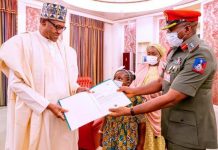 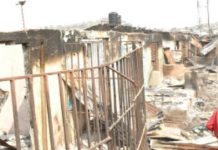