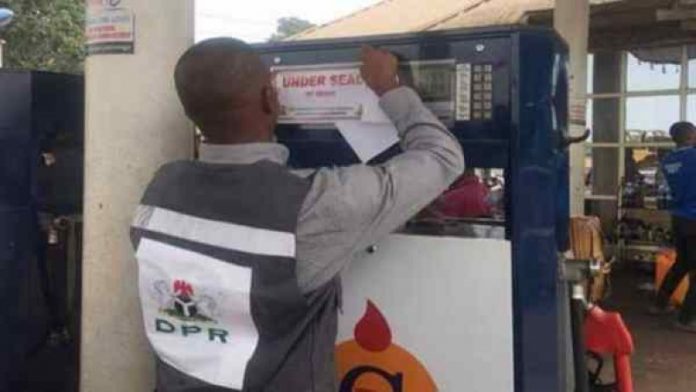 The Bauchi State Office of the Nigeria Midstream and Downstream Petroleum Regulatory Authority (NMDPRA) has sealed 10 petrol stations for alleged violation of rules.

NMDPRA’s Controller of Operations, Mr Abdullahi Iliyasu, gave the figure in an interview with Newsmen on Thursday in Bauchi.

Iliyasu listed the fuel outlets’ offences to include breach of safety measures such as non-provision of fire extinguishers and sand buckets.

He added that some of the sanctioned filling stations were shortchanging customers through under delivery of products.

According to him, NMDPRA recently discovered 10 illegal filling stations in the state.

“We are investigating the matter for appropriate measures,” the official said.

He said that the agency would continue to intensify efforts on surveillance and routine inspection of all petroleum outlets in the state.

“Regular surveillance and inspection would prevent diversion of products and ensure unhindered delivery of manifested products to designated filling stations.”

The official blamed high cost of cooking gas in the country on importation and landing costs of the commodity.

He said that the agency had given licence for establishment of no fewer than 10 gas plants in the state.