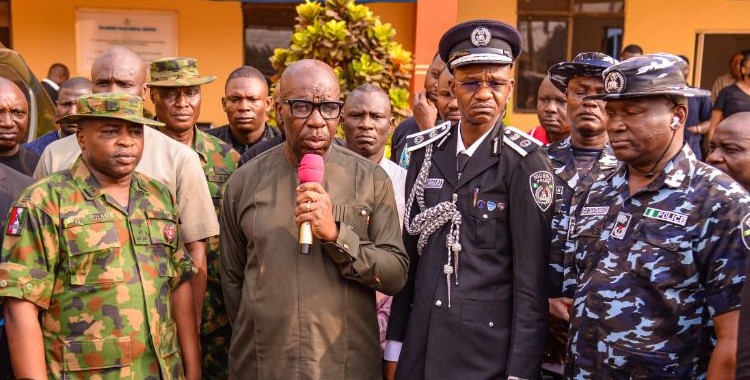 The Edo State Police Command on Sunday disclosed that the suspects of Igueben Train attack and abduction appeared in court for the extension of exparte order.

The Police Public Relations Officer, SP Chidi Nwabuzor, dismissed speculations and reports that the court has commenced trial of the suspects.

Nwabuzor stated in Benin City that, “Exparte Order is an order of court that enables the Police investigators to extend the detention of a suspect(s) for a period of 14 days to enable them to meet with exegesis.

A copy of pleadings signed by Barr. I. E. Ekibade on behalf of the legal section of the State Criminal Investigation and Intelligence Department (SCIID) indicated that eight suspects are in police custody.

The suspects, all males, conspired within themselves to “commit felony by wit.”

The  Commissioner of Police, who is the complainant in the case, filed and prayed the court to serve justice to the eight suspects because they have committed an offence punishable under the Kidnapping Prohibition (Amendment) Law of the state.”

The document revealed that Odion, 62, Ewa, 58, Patrick, 42, Ighedujiemu, 51, Hamilton, 59, Umaru, 28, Ibrahim, 25, and Aliyu, 25, conspired to kidnap the victims with the expectation of getting N20 million from their relatives as ransom for their freedom.

The two count-charge against the suspects contravened Section 5 and punishable under Section 2 (1) (2) of the Kidnapping Prohibition (Amendment) Law of Edo State, 2013.