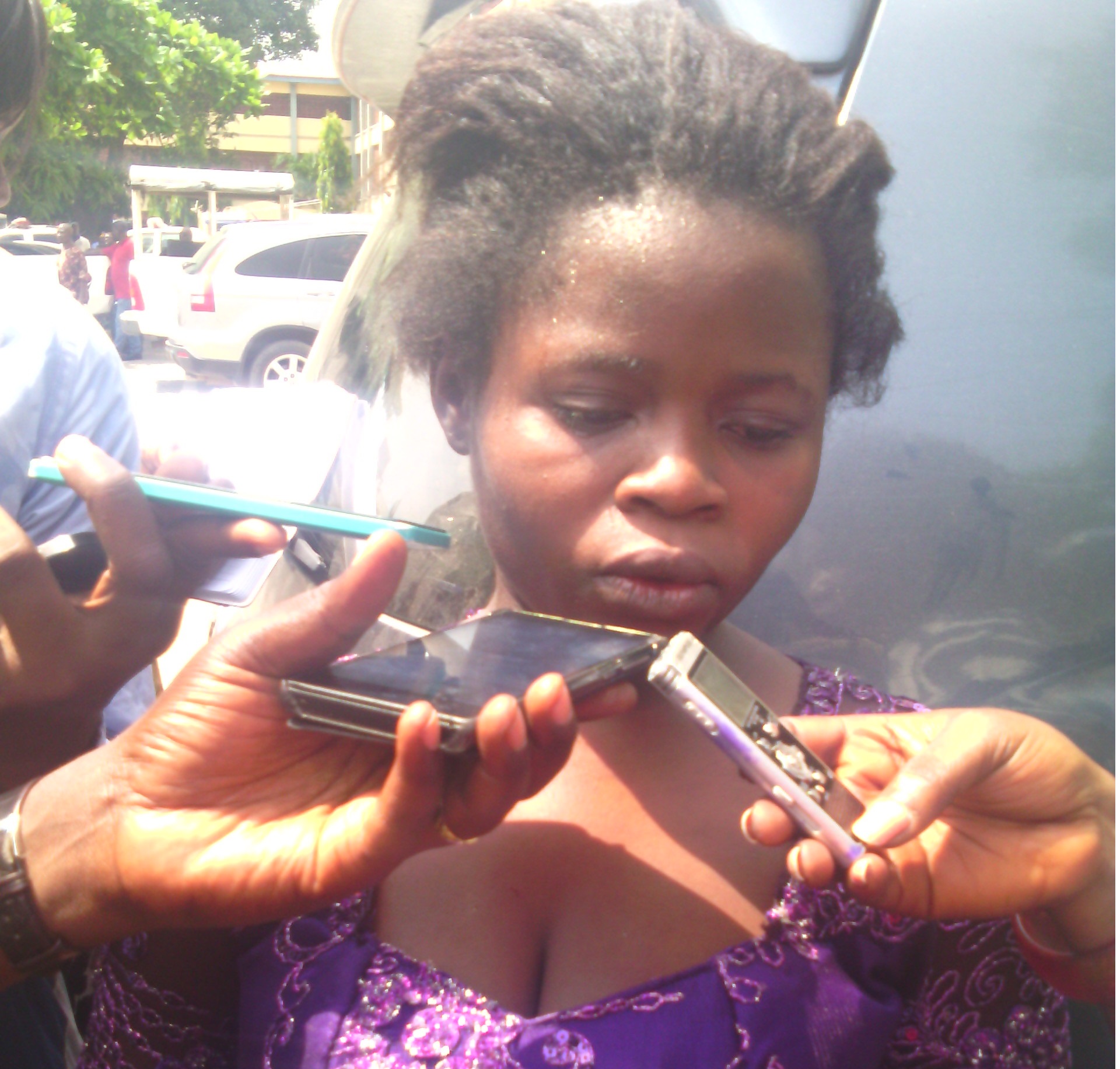 The Lagos State Police Command on Thursday paraded a mother of four identified as Nkechi Obi from Omuwa town in Imo state, who was found with a week old baby stolen from Imo stateqq and sold to a prospective buyer in Lagos.

The Commissioner of Police, Fatai Owoseni who paraded her and other criminals at the Headquarters, Lagos State Police Command, said four pipeline vandals, three armed robbers and seven notorious cult members arrested at Lagos Island were paraded before newsmen.

According to CP Owoseni, the driver that took the lady from Imo to Lagos alerted the police when he got to Oshodi. He noticed that throughout the journey from the east to Lagos, the baby was not breastfeed by the woman hence he suspected that she might have stolen the baby.

He said, “When the lady was confronted, she said the baby was hers. She later owed up that the Aunty gave the baby to her to deliver to someone in Lagos for a fee,” Owoseni said.

He added that further interrogation led to the arrest of three other suspects identified as Patience Nwaogbo Ego, Ogechi Njoku and Ngozi Izuora.

Seven alleged cult boys were also paraded by the police for their various roles in cult related activities in Lagos Island area of Lagos state.

According to CP Owoseni, 11 cultists were arrested and investigations revealed that they have participated in previously reported murder cases.

Speaking to National Daily, one of the suspects, Ahmudu Kazeem said he is innocent of whatever the police was saying. “I am not in any cult. One woman, a political thug named Ola Williams aka “Iron Lady” “accused us of scattering her Kiosk last Saturday. I don’t know anything about the kiosk that was damaged; I am not in any cult group,” he narrated.

In addition to several others arrested, the CP pointed out that 21 suspected robbers were arrested in Lagos in the last few weeks. Among them, 13 were in connection with traffic robberies.

He commended members of the public for given prompt information that led to the arrest of the victims.

It was further gathered that 11 different types of arms cut to size pistol, pistol, double barrel and pump action were recovered from them. 22 lives ammunition were also recovered, assorted instruments, machete, cutlasses and charms were also recovered.  Other items were N400, 000 fake naira notes and dollars, wedding rings, different laptops and phones.

The Commissioner also revealed that three pipeline vandals who are also militants were arrested between Festac Town and Amuwo Odofin.