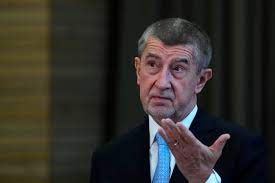 The Czech police on Saturday disclosed that they are investigating an anonymous threatening letter against presidential candidate Andrej Babiš.

Babiš, a billionaire who founded the centre-right populist ANO 2011 (Action of Dissatisfied Citizens 2011) political party, said such threats against a political candidate and his family should have no place in a free society.

Pavel condemned the threats against Babiš alongside other top Czech politicians.

In the Czech Republic, a parliamentary democracy, the president serves as head of state and holds largely ceremonial powers.

Babiš in his campaign has prominently criticized Pavel’s support for weapons deliveries to Ukraine, arguing such explicit support risks drawing the Czech Republic into a war with Russia.

Babiš instead has said he would like to mediate peace talks between Ukraine and Russia in Prague if elected.