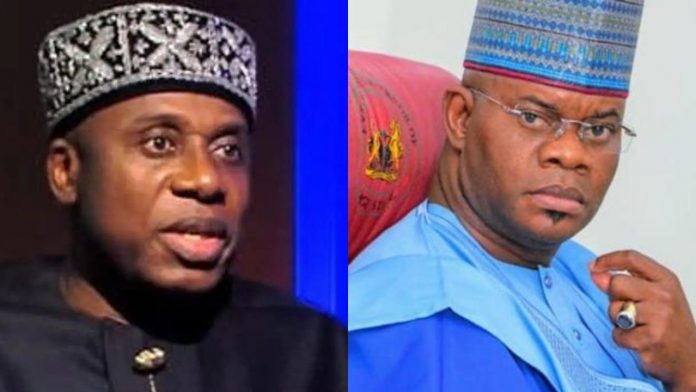 Amaechi was joined on the trip by the former Chief of Army Staff, Lt. Gen. Tukur Buratai.

Amaechi at the Government House, Lokoja, noted that Governor Bello is qualified to contest for the president, saying that he is still young and, therefore, should step down for him to become the APC candidate. He urged Kogi delegates to persuade Governor Bello to step down his presidential ambition for elderly political like him.

Amaechi declared: “This is the 28th state I will be visiting. I can no longer be called one of the APC aspirants because I have become the leading aspirant.

“I am a former Chairman of Speakers forum, two-term Chairman of Governorship forum, coupled with my interaction as Presidential DG campaign, I have what it takes to lead a country like ours.”

He maintained: “I am aware that His Excellency is also a contestant, but I am the only leading contestant, older with more experience and I want to inform him that I will provide him with the necessary experience he needs to govern when the time comes.”

Receiving Amaechi on behalf of Governor Bello, Deputy Governor Edward Onoja encouraged the former minister to visit the governor and deliberate with him. He said that only Governor Bello can tell the delegates the direction to follow.